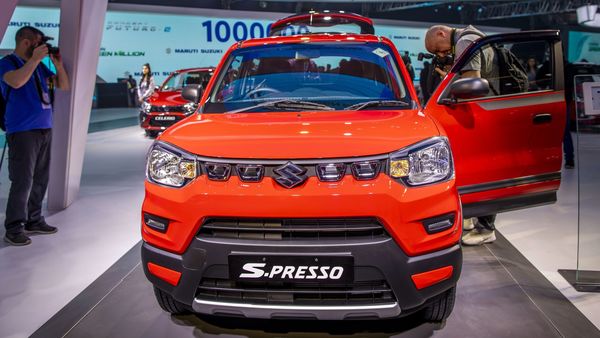 File photo of a S-Presso from Maruti Suzuki.

Maruti Suzuki has been leading the way in India for over two decades when it comes to popularity of small cars. Ruling the sales charts has come quite naturally to the country's largest car maker but staying on top in the face of changing times requires change in strategy as well. In an email interview, Shashank Srivastava, Executive Director (Marketing and Sales), Maruti Suzuki India Limited, explains why smaller cars like S-Presso are finding favour across Tier I and Tier II cities, especially among the youngesters.

Q: The mini segment has been a positive story for Maruti Suzuki in recent months. How much of the credit for this would go to S-Presso?

Answer: Yes, the last few months have seen growth in the entry hatchback segment. We feel that the S- Presso launch in September 2019 has been helpful in strengthening the growth. The mini SUV S- Presso has ticked all the right boxes with the ever-evolving customers and has carved out a niche for itself in the entry level segment. Built with the aim to create a car with bold and exciting design that asserts a strong road presence, the mini-SUV S-Presso has been accepted well for its robust yet peppy design and unconventional colour options.

S-Presso sold over 10,000 cars and featured in the list of top 10 best-selling cars in India within one month of its launch. Today over 50,000 proud customers own a S-Presso.

Answer: The aspiration to purchase cars with SUVish design has been surging in both urban and rural markets alike. These aspirations could stem from the desire to own a feature loaded car which is backed by looks, design and technology, similar to the cars in the higher segments.

An entry-level car with a SUV stance, S-Presso has been well received in the market. On segregating its customer base, 48% of the demand has been recorded from regions beyond the Tier I markets.

With an increased purchasing power, customers from Tier II and III markets increasingly prefer to buy feature loaded cars which offer strong performance. Further, in recent past, we saw a higher acceptability for unconventional colour options, and hence introduced the mini-SUV in sizzle orange and starry blue colour options which have gained a lot of popularity amongst the young customers.

Q: SUV proportions and design philosophies are increasingly making way into smaller cars. Is that a conscious decision from Maruti Suzuki and do we get to see more of this in newer products?

Answer: We at Maruti Suzuki have consistently introduced products keeping in mind the market demands, keeping customer satisfaction at the fore. The recent trend points to young customers primarily looking for a feature-loaded car which is value for money. Further, a car with high seating position, easy visibility, an upright stance and high ground clearance finds a lot of takers. Focused on tapping the aspirational, ambitious, tech savvy youth, we launched the S-Presso.

Q: What buying patterns are largely observed - in terms of variants - when offering cars in mini segment like Alto, S-PRESSO?

Answer: With the growing aspirations and purchasing power, there is a clear inclination towards feature-loaded entry level cars from customers. The same can be validated by the demand pattern for S-Presso, wherein 97% of total bookings are for the top 2 variants- VXi and VXi+. A similar trend is visible in offerings like Alto, WagonR and Celerio.

Q: How has Maruti Suzuki tried to address safety concerns that may crop up in the mini segment?

Answer: At Maruti Suzuki, safety and customer satisfaction are at the core of our product development. Hence, all the Maruti Suzuki cars are compliant with all the latest Indian safety regulations, including frontal offset crash, side impact and with pedestrian safety. The cars also include a host of safety features such as dual airbags, ABS (Anti-Lock-Braking System) with EBD (Electronic Brake force Distribution), seat belts with pre-tensioners and force limiters, driver/co-driver seat belt reminder, rear parking assist system, high speed warning alert and reverse parking sensors.

Q: The mini and compact segment have been strong fields of play for Maruti Suzuki for decades. Will coming times also see a dedicated push towards cars of much bigger proportions?

Answer: Maruti Suzuki has consistently focused on creating offerings as per the market demands and keeping in mind the customer expectations. The company’s offerings have found widespread acceptance across various segments. The mini and compact segment has been Maruti Suzuki’s stronghold, comprising of 45-46% of the total passenger vehicle market sales. With a recent trend of towards SUV-like cars, Maruti Suzuki has a wide range of offerings like the Vitara Brezza, new IGNIS and the mini-SUV S-Presso.