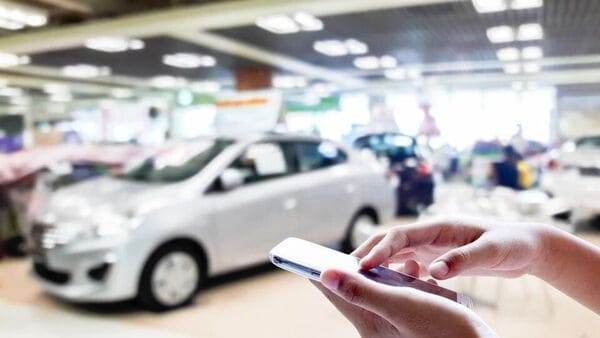 File photo of a vehicle showroom used for representational purpose only

Further, Tata Motors overtook Hyundai in terms of domestic wholesales last month. Maruti Suzuki's domestic sales stood at 1,34,222 units in May whereas it had dispatched just 35,293 units to dealers amid the second wave of the pandemic. The period saw massive disruptions in the auto which impacted both production and sale of cars.

Tata Motors took the second spot last month in terms of domestic dispatches and vehicle wholesales of 43,341 units. The company witnessed its highest-ever monthly sales since inception, including both passenger and electric vehicles thanks to robust demand of Nexon, Harrier and Safari. The automaker also reported its highest-ever dispatches of electric vehicles (EVs) last month, which stood at 3,454 units, up from 476 units in the same period last year.

Hyundai Motor India's domestic wholesales stood at 42,293 units last month despite both its plants in Chennai observing scheduled biannual maintenance shutdown, resulting in no production for six days from May 16-21. This affected its May sales numbers.

Mahindra & Mahindra's May domestic passenger vehicle sales stood at 26,904 units. The automaker has said that it is also witnessing strong bookings and has a robust pipeline. On the other hand, Kia India reported sales of 18,718 units in May, having dispatched 11,050 units to dealers amid the second wave of Covid-19.

Wholesales at Toyota Kirloskar Motor (TKM) stood at 10,216 units in May while the company dispatched just 707 units to dealerships in May of 2021. In case of Honda Cars India, domestic sales last month stood at 8,188 units while at Skoda Auto India, wholesales stood at 4,604 units in May.