Home Auto Cars News Slavia, Kushaq Propel Skoda's Sales In India To Grow By Over Five Fold In May

Slavia, Kushaq propel Skoda's sales in India to grow by over five-fold in May

Skoda Auto India has reported a massive 543 percent rise in sales year-on-year in May thanks to the success of its two latest products, the Slavia sedan and the Kushaq SUV.
By : HT Auto Desk
| Updated on: 01 Jun 2022, 06:12 PM 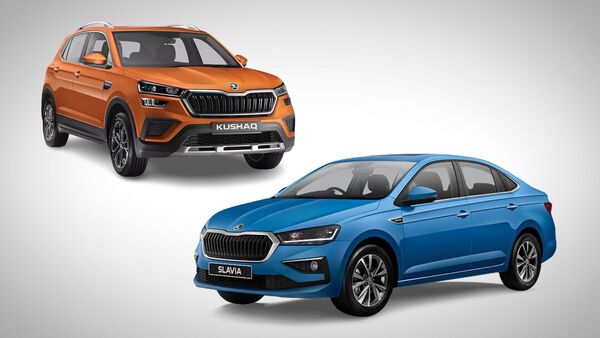 Skoda Kushaq compact SUV (top) and Slavia premium sedan (bottom) has helped the Czech carmaker to record a massive jump in sales in May.

Skoda Auto India has reported a massive increase of 543 percent in its overall sales in May. The Czech carmaker has sold 4,604 units of cars. Major contribution to its sales has been made by its two flagship models Kushaq SUV and the Slavia sedan which was launched earlier this year.

The massive five-fold jump in sales is compared to what Skoda could sell in May last year when the entire country was locked down during the second wave of Covid-19 pandemic. During that phase, none of the carmakers could sell any cars due to the lockdown.

Earlier in March this year, Skoda had reported its record highest ever monthly sales with 5,608 units. In April, Skoda sold 5,152 units. The sales number last month has actually gone down by more than 10 percent.

Skoda Slavia is the latest model to be launched by the Czech carmaker in India. The premium sedan was launched back in March at a starting price of ₹10.69 lakh (ex-showroom). It rivals the likes of Honda City, Maruti Suzuki Ciaz and Hyundai Verna. It will soon have a new rival when Volkswagen launches its premium sedan Virtus on June 9.

In an effort to sell more cars and expand its footprint across the country, Skoda has increased the number of touchpoints in recent times. The carmaker now has nearly 200 showrooms across India, up from just 134 at the beginning of last year.