The Parliamentary committee also recommended that the government should provide adequate transparency while selecting the proposed scrapping facilities.
By : HT Auto Desk
| Updated on: 15 Feb 2022, 04:54 PM 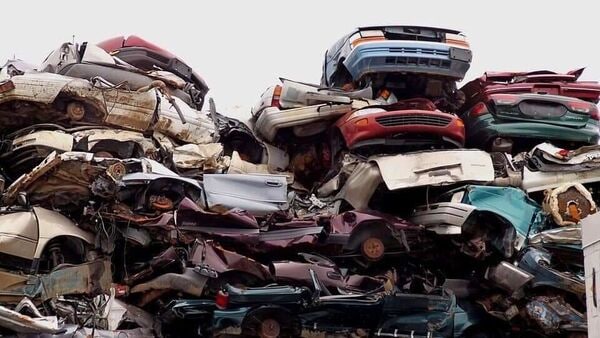 File photo of old vehicles used for representational purpose only.

A Parliamentary Standing Committee has suggested the government to make provisions for "upfront financial incentives in the National Vehicle Scrappage Policy in order to boost demand for purchase of new vehicles. The committee made the recommendations in its recent report on ‘Downturn in Automobile Sector’.

The committee suggested that in addition to setting up of Automotive Vehicles Scrapping Facility (AVSF) centres across the country, the government should also make provisions for upfront financial incentives in the Scrappage Policy. It stated that the proposed financial incentives would encourage customers to discard their old and polluting vehicles and purchase new BS6-compliant vehicles.

Further, the Department Related Parliamentary Standing Committee on Industries also recommended that the government should provide adequate transparency while selecting the proposed AVSF centre. These should be based on adherence to pre-decided parameters that have to be met by such centres, it added.

Last year in March, the Ministry of Road Transport and Highways had issued a notification under provisions of Motor Vehicles Rules, 2021 on the establishment of Registered Vehicles Scrapping Facility (RVSF) so as to ensure transparency in the selection of RVSF. The said draft notification also provides for revision of registration fee, fitness testing fees and fitness certification fee of vehicles and the initiative is towards the creation of an ecosystem for phasing out of older polluting vehicles, the report mentions.

Earlier, the committee had also recommended that the core objective of the Automotive Mission Plan (2026) is to propel the Indian Automobile Industry to be the engine of the "Make in India" programme. In this regard, Federation of Automobile Dealers Association (FADA) informed the committee that if Foreign Direct Investment is allowed in the auto sector, it will allow Indian Auto Dealers to expand by attracting foreign investment.