Mahindra and Mahindra could sell only 8,004 units of passenger vehicles in a months where most carmakers in India struggled to sell cars amid lockdown restrictions.
By : HT Auto Desk
| Updated on: 01 Jun 2021, 01:24 PM 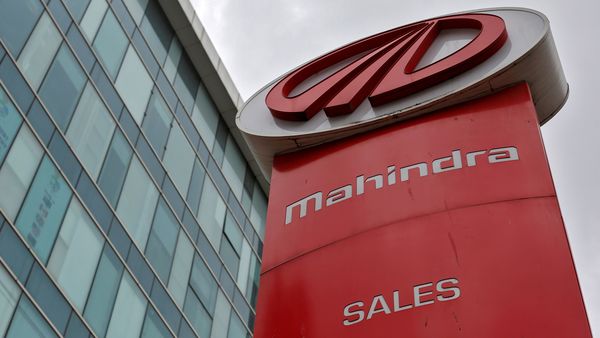 A Mahindra and Mahindra sign at one of the carmaker's showrooms in Mumbai. (File Photo)

Indian vehicle manufacturer Mahindra and Mahindra has reported a slump of more than 50 per cent in passenger vehicles sales in May, compared to the previous month. The drop in sales is attributed to Covid-19 lockdown measures implemented across several states in India which had its impact on the auto industry too.

Among the passenger cars sold by Mahindra last month, utility vehicles like Thar, XUV300 and other SUVs, contributed almost 97 per cent of its overall passenger vehicles sales for the month. Mahindra sold 7,748 units of utility vehicles in May, compared to just 3,745 units during the same month last year.

May this year, as well as last year, saw lockdown restrictions imposed across many parts in India. However, according to Mahindra, the month of May this year has been much better compared to last year as it feels the market is recovering slowly.

Veejay Nakra, Chief Executive Officer, Automotive Division at Mahindra and Mahindra Ltd, said, "We are seeing a strong growth momentum for our entire product portfolio. The Thar is clocking robust bookings, despite extended waiting periods. XUV300 has been a tremendous success and continues to see strong demand. Our power brands (Scorpio and Bolero) continue to do well. With the cases coming down and gradual opening up of markets, we foresee strong demand rebound. We are working closely with our supplier partners to manage supply chain issues and meet the market demand."

However, the carmaker has recently predicted that it may take another two years for things to be normal. Anish Shah, Chief Executive Officer at Mahindra, said, "Getting back to full normal is going to depend on vaccinations ... (else) we will always have the fear of the next wave coming in and disrupting things again."