Teorema electric concept gets a 1+2+2 seating layout inside the cockpit that gets no steering wheel.The Teorema concept comes as a demonstrator, not meant for production.
By : HT Auto Desk
| Updated on: 14 Jul 2021, 08:55 PM 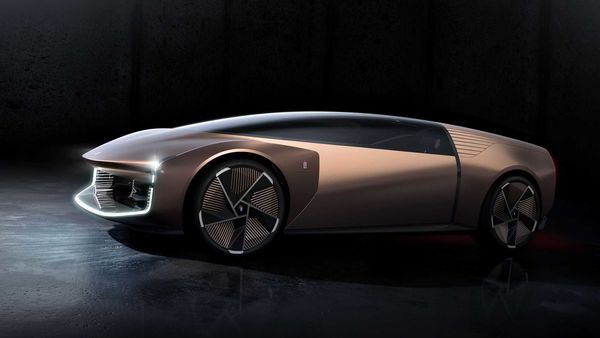 Italian coach-builder Pininfarina is known for its exclusive vehicle designs. The Mahindra-owned company has designed many beautiful cars for brands such as Ferrari, Peugeot, Alfa Romeo etc. The Italian company has now revealed its latest creation Teorema.

The Teorema is a radically designed electric concept that doesn't look like a typical car. It can be termed as a sober version of the Batmobile with an electric powertrain. Interestingly, the electric concept gets a single-seat layout and a shooting brake styling.

As the Mahindra-owned Italian company claims, the Teorema has been designed using virtual reality and augmented reality. This futuristic electric vehicle measures 5,400 mm in length. This means the EV is as long as the new Mercedes-Maybach S-Class sedan. Also, it is 1,400 mm tall. To make the concept aerodynamically efficient, Pininfarina has used its own wind tunnel.

It gets large air ducts at the front adding unusual aggressiveness to the concept. The air ducts have been designed in a manner to channel the airflow from front to rear. This design method is claimed to improve airflow and boost EV's range. The dark shaded cockpit area gets a single seat at the centre of the EV. The passenger seats are located behind in a 2+2 layout.

The cockpit doesn't get any steering wheel, which makes us think that the EV has been conceptualised as a fully autonomous vehicle. Pininfarina claims the EV concept gets two modes - Drive and Rest.

The company is yet to divulge the technical details of this electric concept. It is based on a rolling chassis developed by Benteler. The seats have been developed by Poltrona Frau. German auto technology and component giant Continental was also involved in the R&D process.