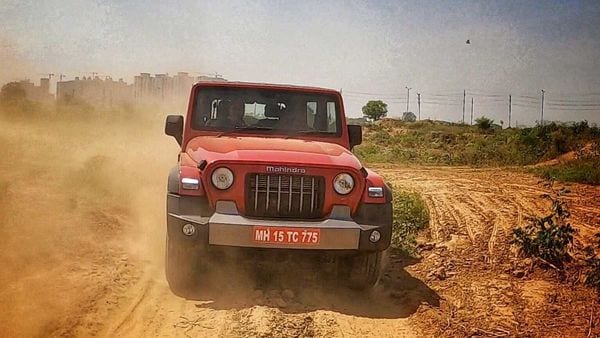 Mahindra has launched the new Thar SUV at a starting price of ₹9.80 lakh.

Shares of Mahindra & Mahindra on Tuesday jumped over 3 per cent after the company said the bookings for its all-new Thar SUV has crossed 9,000 units since its launch on October 2.

In terms of volume, 3.39 lakh shares were traded on the BSE during the day, while over 90 lakh shares changed hands on the NSE.

Only 18 cities have been covered in the first phase of markets where test drive and demo vehicles are available for the vehicle, the company said in a statement on Tuesday.

"Despite test drives being available in just 18 cities to begin with, we have received over 9,000 bookings for the All-New Thar, since its launch, which is unprecedented for this segment," Mahindra & Mahindra Chief Executive Officer, Automotive Division, Veejay Nakra said.

He further said, "Our endeavour is to ensure that test drive vehicles are available in the rest of the country at the earliest, for more people to experience and book the All-New Thar."