Lost and found: A 1987 Ferrari recovered 26 years later from a Netherlands canal A 1987 Ferrari Mondial, that was reported missing since 1994, has been recently found in a canal in Amsterdam. The stolen car was first accidentally discovered in the city's IJ waterway on June 17 this year by a group of fire brigade divers on a training exercise.

The local police team tried to pull out the car a few days after it was discovered, NL Times reported. However, unable to pull out the car on its own, the police sought help from the Ministry of Defense on July 8. The next day, in cooperation with the fire department and Dutch military, the supercar was extracted from the canal. It was then given to forensic teams to take a look at. However, it has not been determined for how long did the car stay in the waterway.

(Also read: Watch: Man in stolen car jumps off a cliff during a high-speed chase)

The local police shared a video of the car being extracted from the canal on Twitter. The video caption read, "There it is! The 1987 Ferrari that was accidentally found in the waters of the Javakade by fire brigade divers during a training day on June 17, surfaced at the end of the day on July 9."

After spending 26 years away from its original owner, the Ferrari has lost all its charm and lustre. It appeared to be in a state of shambles and utterly rusted by being in water. Linking it to the 1994 case of the stolen car, the police discovered that the owners were compensated for the theft by the concerned insurance company. Authorities also informed that hat no violent crime had occurred within the vehicle, citing the forensic research reports. 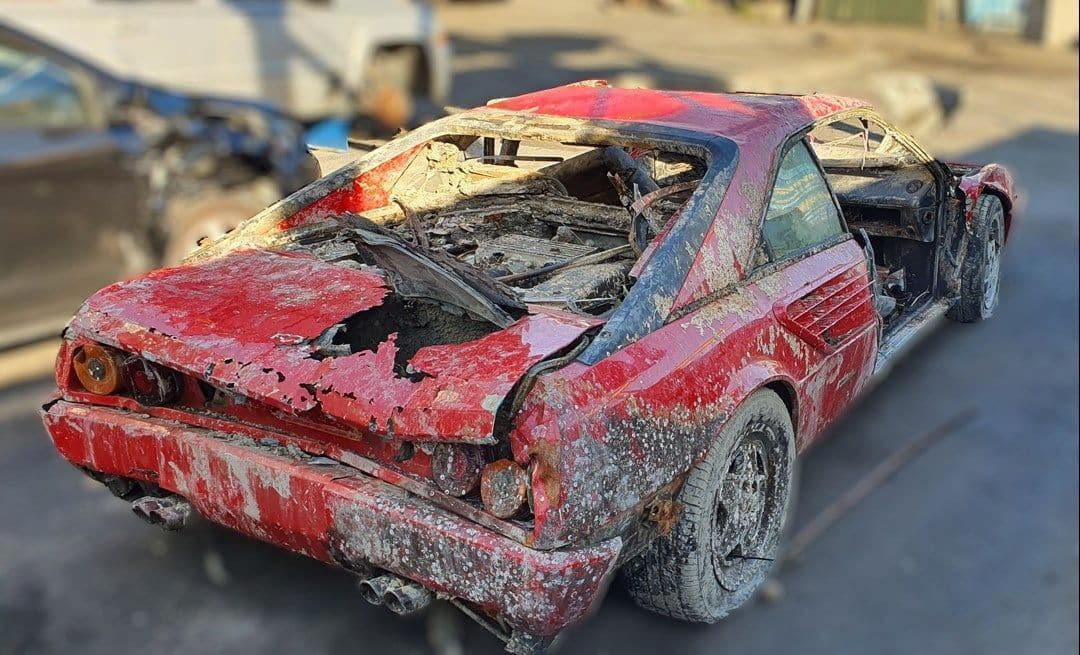 After being handed over to the legal owner of the car, the rusted Ferrari has been sent to De Ooyevaar Autodemontage - a local scrapyard. However, after seeing the locals' interest in the long-lost car, the scarp shop has decided to put it on display. "When [the car] could go to a museum, the government will allow us to sell the car complete. [But] when [sic] we can’t find a museum willing to display the car, we [will be] be forced to dismantle its parts," the scarp shop issued a statement to The Drive. "Most parts can’t be used on other cars, but a lot of collectors are willing to buy [those] parts [as] collectables," the shop's spokesperson added.