The company's founder and largest shareholder, Steve Burns, resigned as CEO in June following an internal investigation.s
By : Reuters
| Updated on: 27 Aug 2021, 04:40 PM 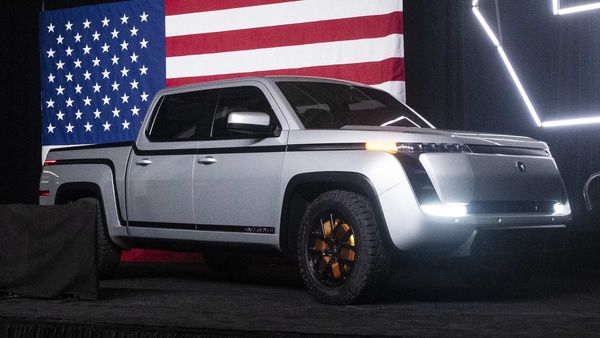 Lordstown Motors Corp's new chief executive said on Thursday his focus will be on making sure the electric vehicle maker successfully rolls out its pickup truck in the face of intense regulatory scrutiny. After that, raising further necessary funds will take care of itself.

The Ohio-based startup appointed Daniel Ninivaggi as CEO, handing over the reins to the former employee of investor Carl Icahn, sending shares up as much as 41%, before they later fell back to a 16.5% gain. "Job No. 1 is to make sure we stay on track from a production standpoint," Ninivaggi told Reuters in a telephone interview. "Without that, you can't raise capital."

While Lordstown is working to launch the Endurance truck, it will work in parallel on raising further funds, he said, adding he had spoken with a lot of people from his past since he was named CEO, but not yet Icahn. "The financing is going to come when people believe in the product and the production," Ninivaggi said. "If they believe the story and we prove to them that we hit these milestones, I'll have a lot of friends," he added, referring to potential investors.

Ninivaggi, who serves as the chairman for autoparts maker Garrett Motion Inc, has also been a director at companies including Motorola Mobility, Navistar International and Hertz Global Holdings. Last month, Lordstown said a hedge fund had committed to purchasing up to $400 million of the startup's shares over a three-year period. Executives said that the firm was exploring other financing options, including debt.

Lordstown, which hung an "open for business" sign on its northeastern Ohio plant earlier this month, has struggled with the launch of its Endurance pickup truck. The company will compete with industry leader Ford Motor Co , which is launching the F-150 Lightning electric pickup next spring. Ninivaggi said demand for electric pickups will outstrip supply for a while, so there will be enough business for both Ford and Lordstown.

Lordstown still faces a lot of scrutiny from federal prosecutors in Manhattan and the U.S. Securities and Exchange Commission related to its merger with a special-purpose acquisition company (SPAC) and statements it previously made about preorders for its vehicles. Ninivaggi said the probes won't distract from Lordstown's launch efforts and they don't need to be settled prior to the company raising further funding.