LG to make advanced battery cells for Tesla by 2023 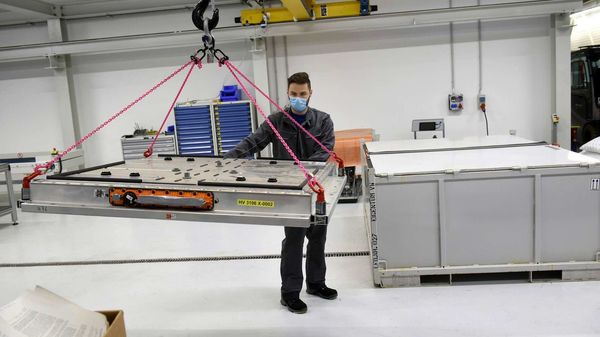 LG is one of the major battery suppliers for Tesla electric cars.

LG Energy Solution plans to develop advanced electric vehicle battery cells for Tesla Inc electric cars by 2023. The EV battery manufacturer has already started scouting for plant sites in the United States and Europe. Such a strategy from LG will expand the company’s role in its supply chain business beyond China.

(Also Read: From Volvo to Tesla, how auto giants are betting big on Indian EV ecosystem)

Last week, Tesla revealed the plan of its new factory where it would make the advanced battery cells for electric vehicles and energy storage systems that will cater to the US market and other global markets as well. However, LG is yet to identify its potential customers.

Interestingly, back in September 2020Tesla CEO Elon Musk announced the automaker’s ambitious plan to develop in house battery cells and emerge as a battery supplier to the other electric vehicle manufacturers besides its EV business. This prompted the EV battery manufacturers such as LG and Panasonic to opt for new technologies as Tesla’s entry into battery manufacturing means the other companies would lose a major customer in the long run. Tesla is currently running a pilot factory for the new battery cells in California and preparing to build those EV battery cells at new plants in Texas and Germany as well.

Post that, LG Energy Solution, a part of LG Chem has made samples for the 4680 large format cylindrical cells that are facing technological hurdles and trouble in scaling up the production. Now, with the new US plant on the card, LG aims to manufacture the 4680 cells at the new facility. Also, the company is planning to build a new 4680 cell line to supply Tesla’s Berlin Gigafactory. For that, Spain could be a potential site for a new production facility.

Currently, Tesla buys 2170 cells that are used in EVs like Model 3 and Model Y that are made in China. The American electric car manufacturer is also boosting the orders for the battery cell sharply. The new 4680 battery cell is meant to reduce the production cost and improve battery performance while increase the driving range as well, as compared to the 2170 battery cells.