Latest Tesla update informs drivers if the vehicle's tyres are worn out: Report

The latest Tesla upgrade is also capable of detecting if the tyres of the vehicle are wearing out unevenly.A screenshot shared by a customer showed a warning message informing the driver that the rear tyre tread is too low.
By : HT Auto Desk
| Updated on: 15 Dec 2021, 10:55 AM 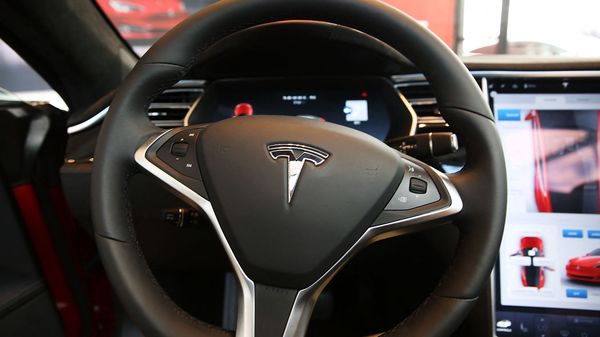 A latest over-the-air (OTA) update from Tesla brings a new upgrade to the software, which can now display the status of the vehicle's tyres, Drive Tesla Canada reported. Though the upgrade wasn't publicly announced by the automaker, some customers were quick to observe the change and shared the information with the rest of the world.

The new feature shows if the tyres of the vehicle have been worn out and if the tread depth is too low. The system is also capable of detecting if the tyres of the vehicle are wearing unevenly. A screenshot shared by a customer showed a warning message informing the driver that the rear tyre tread is too low. The driver was then advised to schedule for tyre inspection and rotation, the report stated.

Elaborating on how the upgrade works, the report stated that when a tyre loses its tread, it becomes smaller and as a result, it starts rotating faster. The Tesla software likely measures how many times the wheel is rotating and then compares the value to a preset value. This helps it determine if the vehicle is worn out or if its depth is too low.

However, it is currently not clear if the new feature will be available for all Tesla models. It is also possible that the new update arrives at a random time during the next few weeks for some models. Tesla is also expected to roll out some more significant upgrades for Model 3 and Model Y next year.