Lamborghini Huracan Tecnica was previously rumored to be called the JV Stradale, and was recently spied testing in the Arctic Cycle.
By : HT Auto Desk
| Updated on: 05 Apr 2022, 09:22 AM 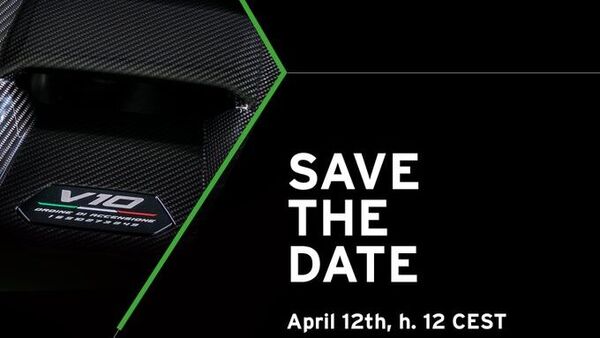 Lamborghini could produced a limited number of units of the Huracan Tecnica before the plug-in hybrid successor arrives in 2024.

Lamborghini has announced the premiere of a new V10 supercar for April 12 on its social media handles, hinting at the upcoming Huracan Tecnica, that is expected to be positioned as a tamer variant of the flagship Lamborghini STO. The teaser shows a V10 badge on a carbon-fiber engine cover proving, hinting that it will be one of the Huracan-based models confirmed for 2022.

The Lamborghini Huracan Tecnica was previously rumored to be called the JV Stradale which was recently spied testing in the Arctic Cycle alongside the off-road-style Huracan Sterrato. Expect the upcomomg model to be a hardcore version of the Huracan minus the extreme aerodynamic components.

It is expected to come with a different bodykit, including an aggressive front bumper, a rear wing, a large diffuser, a custom engine cover, and a new set of wheels further distinguishing it from the base-spec Huracan EVO. Expect the Tecnica to be fitted with the same 5.2-liter naturally-aspirated V10 producing 631 hp and 565 Nm of torque sending power to the rear wheels.

Though the model might not be as track-focused as the Huracan STO, it will likely retain the carbon-ceramic brakes while getting a slightly different suspension tune.

Lamborghini could produced a limited number of units of the Huracan Tecnica before the plug-in hybrid successor arrives in 2024. Expect the model to be cheaper than the STO which started at $327,838 (pre-tax) in the US when it was unveiled back in 2020.

Lamborghini will also drive in two new versions of the Urus SUV, of which one will come with an Evo version with a more powerful twin-turbo V8 engine. These arrivals will signal the end of combustion-only models for the brand as it looks to then chart its path towards electrification.