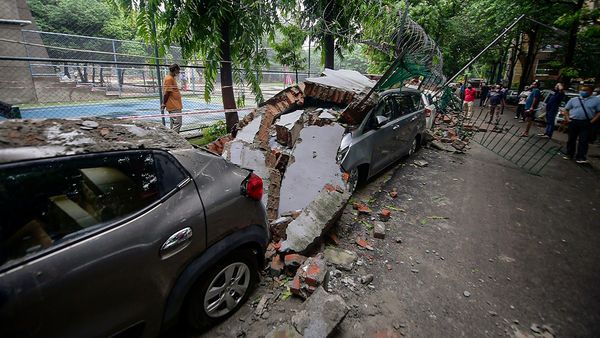 People look at damaged vehicles after wall of a public school collapsed due to heavy rains, at Saket in New Delhi.

A number of vehicles were damaged in the Saket area's J Block here on Wednesday after a side wall collapsed following incessant downpour across Delhi NCR. 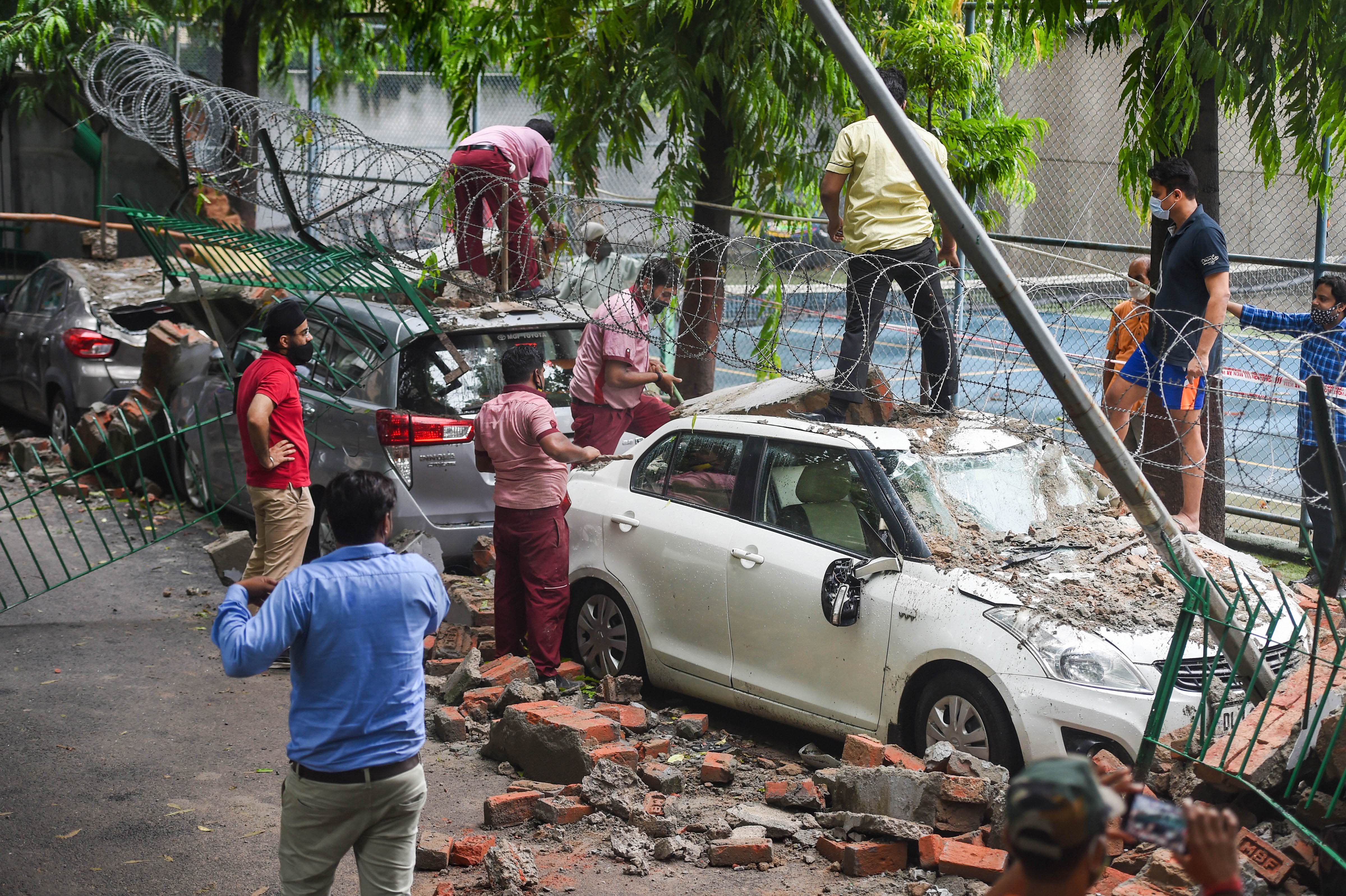 Vehicles parked along the wall were heavily damaged after it came crashing down. (PTI)

Additionally, a traffic alert was issued by the Gurugram Traffic Police after incessant monsoon rains in the national capital and neighbouring areas caused severe waterlogging on the Unitech Cyber Park in Gurugram leading to a disruption in the traffic.

"Waterlogging has been reported near Unitech Cyber Park. Our traffic officials are on the spot to facilitate the traffic flow. Commuters are requested to plan their travel accordingly," they tweeted.

A massive traffic jam was seen in the Delhi-Gurugram Expressway. Visuals from the site showed slow-moving cars jam-packed on the road.

According to the India Meteorological Department, the capital is going to get more rainfall till August 23 with a generally cloudy sky. The temperature would range between 25 degrees Celsius and 35 degrees Celsius.