Hyundai will replace the battery systems in some 82,000 electric vehicles globally at a cost of $900 million following fires in 15 Kona EVs.Hyundai reportedly is yet to convey a clear plan to owners on when and how they can expect a fix.
By : Reuters
| Updated on: 25 Mar 2021, 08:46 AM

The burnt wreckage of a Hyundai Kona Electric vehicle is seen after it caught fire in South Korea. (File photo)

Some owners of Hyundai Motor's Kona electric vehicles say the South Korean automaker is bungling a major recall with delays and poor communication, and risks losing buyers as it targets the No.3 spot in the fast-growing sector.

Hyundai said last month it would replace the battery systems in some 82,000 electric vehicles globally at a cost of $900 million following fires in 15 Kona EVs.

But Hyundai has yet to convey a clear plan to owners on when and how they can expect to have a potential fire hazard they are driving fixed, some of the owners have complained.

"When I asked Hyundai's repair centre when exactly my Kona EV will be getting a battery replacement, they just told me that they would put me ahead in the line, but I haven't received the exact date yet," a 34-year-old Kona EV owner in Seoul surnamed Kim told Reuters.

Owners who spoke to Reuters declined to give their full names, citing concerns about privacy and a potential backlash from Hyundai.

"There were only a few EV options when I bought my Kona EV back in 2018, but now that there are way more EV models available, I don't think I would go for Hyundai again," Kim said.

In response to Reuters queries, Hyundai said the safety of customers was its top priority.

"Hyundai will continue striving to take necessary actions to prevent customer inconvenience from the ongoing recall," it said, without addressing questions regarding owner complaints about delays and a lack of communication.

Hyundai has said battery replacements would be available in South Korea starting next week.

But the lack of clarity has led owners to turn to social media to air their frustrations and to seek compensation.

In November, 173 Kona EV owners filed a class-action lawsuit, seeking 8 million won ($7,000) compensation each for what they say is the reduced value of their EVs and other losses. 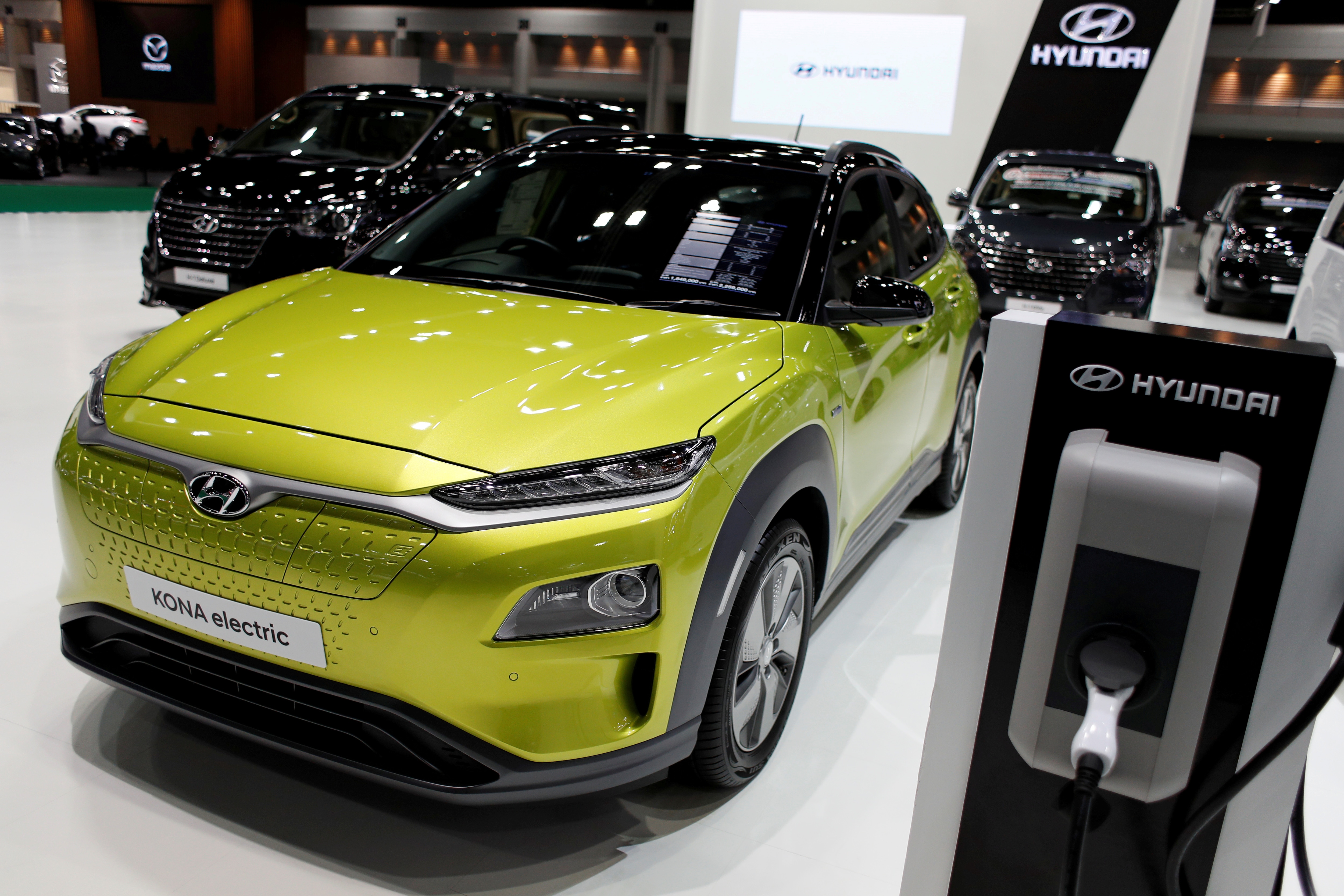 File photo of a Hyundai Kona EV at a motor show in Thailand. (REUTERS)

Lee Hang-koo, an executive adviser at the Korea Automotive Technology Institute, said there could be potential issues with battery supplies and the automaker should communicate more clearly with owners.

"Hyundai should be straightforward with its consumers and let them know what's going on - whether or not battery sourcing has been difficult," Lee said, noting competition in the EV market is getting fiercer. "If Hyundai falls behind on this EV race, that would be problematic. In that sense, they should review how they treat their customers."

Hyundai's Ioniq 5, launched last month, is the first in a planned family of electric vehicles (EV) built on a common platform that it hopes will propel it to become the third-largest global EV maker by 2025.

The vehicle fires, dating from within weeks of the Kona EV's 2018 launch, have caused no injuries or fatalities so far.

In October, Hyundai offered a software upgrade to address the issue. But following a consumer outcry and at least one fire in a vehicle that had been recalled for the upgrade, Hyundai agreed to replace the batteries, made by LG Chem's battery division LG Energy Solution.

The 75,680 Kona EVs affected by the recall account for nearly 70% of the 111,000 units sold over the past three years in Hyundai's major markets of United States, Europe and South Korea.

Another Kona EV owner, a 35-year-old engineer surnamed Lee, said the software update had substantially reduced the battery's charging capacity and he will never buy a Hyundai vehicle again.

Hyundai, in a statement on its website, said the limiting the batteries' charging capacity to 90% until the battery was replaced was an effective way to reduce fire risks.

Lee said he had even been refused service at a public charging station when trying to recharge his Kona EV.

"These recalls already have already wasted my time and I have to charge my car worrying about fire risks," Lee said. "On top of that, I have to worry about what other people think about my car."