Hyundai recalls over 80,000 electric vehicles globally due to fire risks 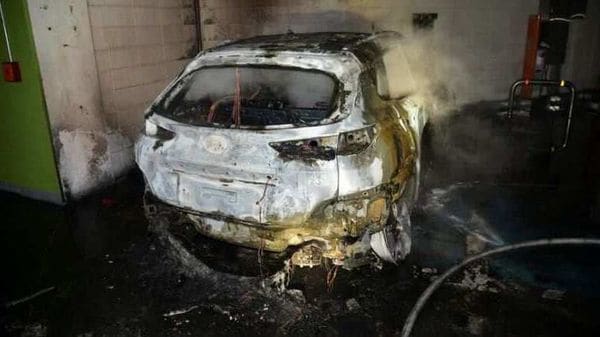 The burnt wreckage of a Hyundai Kona Electric vehicle is seen after it caught fire in South Korea.

Hyundai Motor has globally recalled some 82,000 electric vehicles in order to replace their battery systems due to a potential fire risk. This combined with the company's earlier recalls will likely cost the carmaker an estimated $900 million.

The latest recall involves around 76,000 units of its best-selling Kona EV and some of its Ioniq EV and Elec City models. The company had first recalled its Kona EV in October last year for a possible short circuit that could be a result of faulty manufacturing of its high-voltage battery cells that could pose a fire risk.

A total of 15 such cases where Kona EVs have caught fire have been reported in various countries - eleven in South Korea, two in Canada and one each in Finland and Austria. Also, in January this year, one of the recalled Kona EVs had caught fire in South Korean and the country's authorities had launched a probe into whether the first recall had been adequate.

The company that makes batteries for these Hyundai electric vehicles, LG Energy Solution - a division of LG Chem has said that Hyundai Motor misapplied its suggestion for fast-charging logic in the vehicle's battery management system. It claims that the battery cell of the EVs should not be seen as the direct cause of the fire risks. However, the battery-maker had earlier said that it would actively participate in future investigation with Hyundai to find the cause of the fire risks.

A total of one trillion won will be spent by Hyundai as per the estimated recall costs, some 38.9 billion won due from the first recall.

The latest recall has led to fall in shares of both the companies. Shares of Hyundai Motor were trading down 3.7% while that of LG Chem were down by 1.9% in afternoon trade compared to a 2% fall for the broader market.