The likes of Honda, Suzuki and Kawasaki have reported increase in sales, and experts point to the possibility of long waiting periods for cars as the reason for the shift in preference.
By : HT Auto Desk
| Updated on: 07 Jul 2022, 09:46 AM 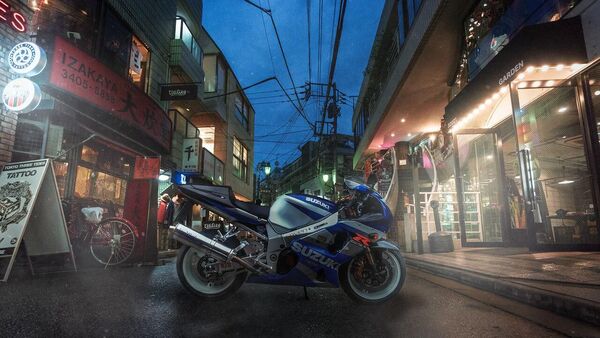 Japan had mostly turned its back on two-wheelers and instead opted increasingly for compact and micro-mini cars. Sales for scooters and bikes have been rather unimpressive despite some renowned home brands finding much favour in markets abroad. But now, brands like Yamaha, Kawasaki, Suzuki and Honda are witnessing a spur in demand for their two-wheeled options in the home market, possibly bolsters by a number of factors.

According to a report by Bloomberg, sales of two-wheelers in Japan have been rising in recent times and this has come as a major shot in the arm for brands that had otherwise expected the country's ageing population to continue steering clear of their scooters and motorcycles. In particular, sales of motorcycles above the 251cc segment has seen an impressive rise at 51,035 sold in the first six months of this year, as per data released by Japan Light Motor Vehicle and Motorcycle Association.

Motorcycle sales were at record highs in Japan during the 1980s but have since steadily declined with families opting for small cars instead. The country's ageing population too is a big factor in cars being chosen over bikes. But this is witnessing a slight change now with Honda remaining the No. 1 player among two-wheeler-manufacturers, followed by Kawasaki, Suzuki and Yamaha. In fact, barring Yamaha, all the manufacturers saw sales increase in the first six months of 2022.

It is believed that a number of factors are at play for the renaissance of sorts for two-wheelers in Japan.

The semiconductor shortage had led to production and supply hassles for markets across the world with car manufacturers simply unable to cater to the demand that has risen since the Covid-19-struck years of 2020 and 2021. Waiting period for most popular car models in many markets, including Japan, is at least a month or two.

These rather long waiting times have reportedly made many in Japan to instead focus on two-wheelers. Those with an urgent requirement to commute have been looking at performance bike as options which are quick yet nimble to navigate traffic conditions while costing around the same as a mid-range vehicle on four wheels.

Months of restrictions on travel has led to accumulation of funds with a majority of Japanese families and studies in the country show that many are opting to use the money to ride home a new bike. The need to go outdoors after being cooped up in homes has fueled the desire for scooters and motorcycles, and it isn't necessarily being defined by the age factor any more.