Home Auto News Only Electric Isn't Only Option For Toyota. Not Yet Anyway. Here's Why

Only electric isn't only option for Toyota. Not yet anyway. Here's why

Toyota is sticking firmly to its stance that non-electric cars will also play a lasting role in global auto markets.Toyota’s logic behind taking a slower approach to EVs extends beyond just forecasts of consumer demand.
By : Bloomberg
| Updated on: 16 Jun 2021, 06:16 PM 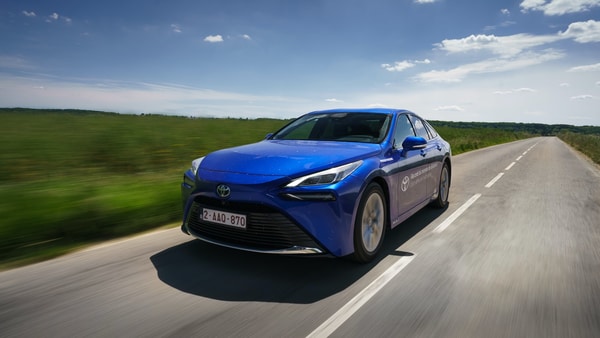 Toyota Motor Corp.’s lineup over the next 30 years will contain a myriad of options beyond just electric vehicles, executives at an annual shareholder meeting said Wednesday.

“It’s too early to concentrate on one option," said director Shigeki Terashi, responding to an investor’s question about why the world’s biggest carmaker is taking a different electrification route than Honda Motor Co. which is targeting all-electric vehicle sales by 2040.

Terashi, speaking from Toyota’s headquarters in Aichi prefecture, said that in the years leading up to 2050, different options including hybrids and fuel-cell vehicles need to compete against each other so that the company is left with the best options.

(Also Read: Own a Toyota car? Now get spare parts delivered at home)

Compared with a number of auto majors including General Motors Co. that aim to exclusively offer EVs in two decades’ time, Toyota is sticking firmly to its stance that non-electric cars will also play a lasting role in global auto markets.

“Some people love battery-electric vehicles but others don’t see the current technologies as convenient," Toyota’s Chief Technology Officer Masahiko Maeda said. “In the end what matters is what customers choose."

Toyota’s logic behind taking a slower approach to EVs extends beyond just forecasts of consumer demand. According to some studies, the materials needed to make EVs and batteries could account for a larger share of total emissions than those from tailpipes. The Japanese automaker says it will work to streamline its production processes to lower the cost of producing EVs and other vehicles in tandem. When looking at reducing carbon emissions, there’s one school of thought that says we should focus on battery-electric vehicles, Terashi said. Including production, use, and scrapping-related emissions, “we’re choosing to look at the whole lifecycle."