It's official Delhi govt releases order to switch to EVs 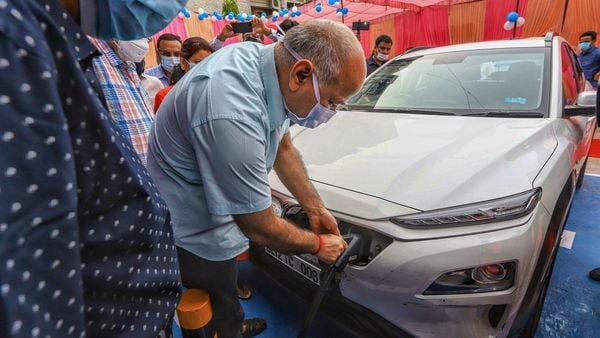 All departments of the Delhi government will now use only electric vehicles, Deputy Chief Minister Manish Sisodia announced on Thursday.

The transition to EVs will be done within the next six months, he said.

The government, which has over 2,000 cars in its fleet, hopes its decision will inspire other cities in the country and the world to tackle the issues of pollution and climate change with the urgency they deserve, he said.

The announcement came a day after the Aam Aadmi Party-led government launched a campaign, 'Switch Delhi', to encourage private vehicle owners to take a pledge to shift to electric vehicles and install a charging point within their premises in the next three years.

It's history! Driven by the vision of CM ArvindKejriwal to make Delhi the 'Electric Vehicle capital Delhi govt today became the 1st in the world, not just India, to mandate its entire hired car fleet to switch to electric WITHIN a deadline- 6 mths. SwitchDelhi begins at home," Sisodia tweeted.

Over 2,000 cars will be impacted by this decision and will transition to EVs in next 6 months. We hope this decision inspires cities and govts around India and the world to tackle the pollution and climate change problem with the seriousness and urgency it deserves," he said.

The Delhi government had in August last year launched an Electric Vehicle Policy to tackle the problem of air pollution. Under the policy, it promised to waive registration fee, road tax, and provide an incentive of up to ₹1.5 lakh for new cars in the national capital.

Under Delhi's EV policy, 12 four-wheeler models are available and eligible for purchase and scrapping incentives.

Sisodia hoped that using Delhi as an example, cities of the world would ensure that using electric vehicles is an important agenda in the fight to curb pollution.

"It is necessary to focus on the challenges related to a sustainable environment. Delhi Government has prioritised the issue of curbing environmental distress along with its other major agenda items," he aid.

Sisodia pinned faith on the idea that the decision of switching to electric vehicles by all departments of Delhi Government will be a key step in encouraging more sustainable practices in the national capital and thereby curbing environmental distresses such as pollution.

"The people of Delhi have time and again made efforts towards making our environment, our city green and clean. Switching to electric vehicles will be another effort that all of us together, as citizens of Delhi, will take to ensure that we continue this fight towards sustainability," he said.

'Switch Delhi' is an eight-week mass awareness campaign by the Delhi government to sensitize each and every Delhiite about the benefits of switching to EVs as well as to make them aware of the incentives and infrastructure being developed under Delhi's EV policy.

The campaign aims at informing, encouraging, and motivating each and every person in Delhi to switch from polluting vehicles to zero-emission electric vehicles. While the first two weeks of the campaign have focused on promoting two and three wheeler owners to switch to EVs, the third week targets four-wheeler vehicle owners to adopt EVs.