Electric vehicles in India have surged in the last five years, but there is still a long way to go for the industry to reach a parity point with ICE vehicles.Pricing differences between electric vehicles and ICE vehicles is a major hindrance ahead of the growth of personal e-mobility in India.
By : HT Auto Desk
| Updated on: 10 Jun 2021, 09:37 PM 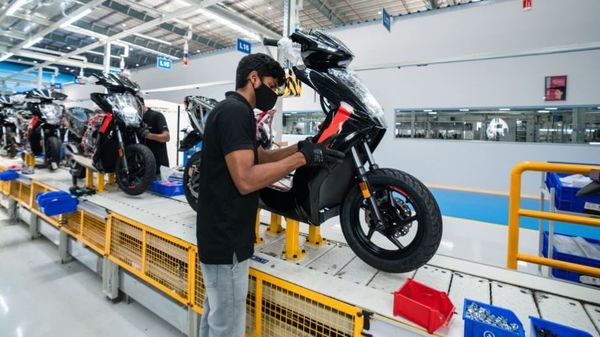 India has witnessed a major boom in electric two-wheeler segment in the last half a decade.

India aims to become a major space in the global electric vehicle market. With several automakers in the country working on electric vehicles, the penetration of BEVs has increased significantly in the last five years. Several startups have emerged in the segment with their respective products and technologies alongside the conventional automobile manufacturers.

(Also Read: Five things to know before considering an electric vehicle for family)

The passenger vehicle segment has witnessed a low penetration with only a few OEMs launched their products in the space. But the two-wheeler and three-wheeler segments have seen a rise of the EVs in larger numbers driving the green mobility offensive in India.

The customers are more vocal about buying e-vehicles than before. But there remain several challenges as well that is creating hindrance to the growth of electric vehicles in the country.

Here are the challenges and advantages of electric vehicles in India.

1.) Range anxiety - Range anxiety is one of the crucial challenges ahead of the growth path for electric vehicles in India. The EV customers are often worried about the vehicles capability to reach point B from point A before the battery runs out. This issue is closely connected to the scarce charging infrastructure in India. The Ev charging infrastructure in India too low compared to the petrol pumps. Also, the available Ev charging stations are concentrated in urban areas only.

3.) High price - There is no price parity between electric vehicles and ICE vehicles in India. Electric vehicles are way more expensive than their conventional fuel-powered counterparts. For example, the Tata Nexon price starts from ₹7.19 lakh, while the Tata Nexon EV price starts from ₹13.99 lakh. This huge price difference discourages many interested EV buyers to shy away from making the final decision to buy a BEV.

4.) Scarce battery technology - The lithium-ion battery is the most popular and widely used energy source for EVs. India doesn't produce lithium. The country doesn't produce li-ion batteries either. India relies on import for EV batteries resulting in the sky-high price for these important components and eventually the EVs as well.

5.) Majority of EVs are not covered under FAME scheme - The Indian government took an attempt to promote electric mobility in the country via incentivising and discounts for EVs. The terms and conditions of the FAME scheme doesn't support a majority of the electric vehicles. The low-speed electric two-wheelers, lead-acid battery powered EVs are not covered under FAME. The highly expensive high-speed EVs on the other hand require registration charge, driving licence. This results in many customers shying away from buying EVs.

6.) Lack of products - There are hundreds of options of one wants to buy a conventional fuel powered car or two-wheeler. The case is completely different in EV segment. Only a few options are there and majority among them are not from established trustworthy brands. This drives the customers away from buying EVs.

2.) Easier to maintenance - An internal combustion engine usually contains more than 2,000 moving parts. An electric motor onboard an EV on the other hand contain around 20 moving parts. The only major components in an EV are the battery and the electric motor. This makes the EVs much easier for maintenance, reducing the cost of ownership significantly.

3.) State EV policies - Several state governments across India have already announced their respective EV policies. Some of them promote the supply side, while some promote the demand side. There are EV policies that promote both the supply and demand side through incentives, discounts and other benefits. Delhi Ev policy for example is one such state EV policy. These policies are driving the growth of the electric vehicles in India, in a slow but steady manner.