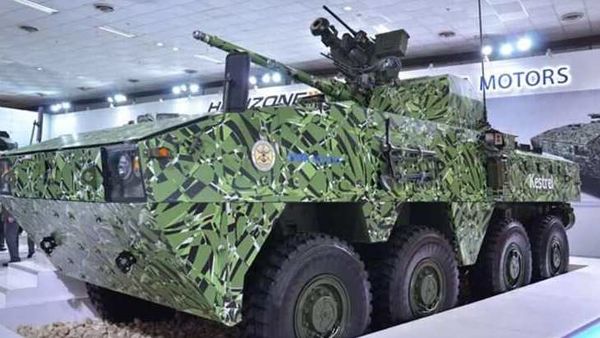 The Indian Army is reportedly set to acquire armoured infantry combat vehicles in the time to come in order to improve safety and provide better protection to soldiers in high-altitude terrains. According to a report in news agency ANI, the options that are under consideration are Tata's Wheeled Armoured Protection (WhAP), American Stryker Infantry Combat Vehicle and Humvee High-Mobility Multipurpose Wheeled Vehicle.

Tata may have the edge and is likely to get a preference because it is an indigenous company but all options are being considered currently. A final decision is expected to be taken based on specific requirements of the Army.

Apart from WhAP, Stryker and Humvee are both solid and iconic vehicles who have proved their worthiness in operations across the globe. The Stryker has been in service since 2001 and its main strength lies in the ability to deploy these vehicles quickly and its ability to negotiate different terrains with relative ease.

The Humvees too need no introduction and have been a recognized mobility option for decades. It debuted in the mid 1980s and have served as mobility options for troops, as command centers and mobile hospitals, among others.

Tata WhAP is no slacker either and has been co-developed by India's Defence Research and Development Organisation. In recent times, it has been extensively tested in challenging conditions, including high-altitude terrains.

One of the key factors that may decide the eventual choice is the ability to airlift and drop these vehicles. Infantry combat vehicles need to be versatile, fast and spare and service requirements often need to be available at short notice.

According to ANI, the Indian Army currently makes use of a large number of Russian-origin BMP infantry combat vehicles, which are used by the Mechanised Infantry regiments in deserts, plains and high-altitude locations.