Ethanol-based flex engines will run on fuel produced from local farm produce.Nitin Gadkari appeals to automakers like BMW, Mercedes to develop vehicles that can run on alternative fuel.
By : HT Auto Desk
| Updated on: 29 Jun 2021, 02:46 PM 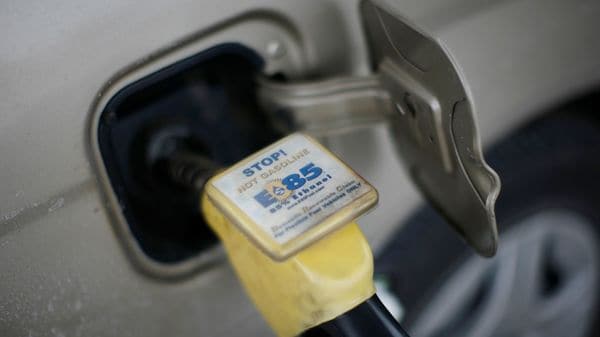 Union Minister Nitin Gadkari recently said that India will allow ethanol-based 'flex engines', that power vehicles using local farm produce and not fossil fuels. A scheme on the same will also roll out in the next three months, he added.

Countries like Brazil, the US and Canada have flex engines that are powered by farm produce, noted Gadkari. He also appealed to automakers like Mercedes, BMW and Toyota to develop vehicles that can run on alternative fuel. This switch to locally produced ethanol will benefit the country that largely relies on the import of crude oil and will also be cost-effective and less polluting for the environment, explained the minister. He said Indian automakers including TVS and Bajaj have gone ahead and developed two-wheelers that can run exclusively on ethanol.

One litre of ethanol can cost between ₹60 to 62 as compared to petrol which now costs almost or even more than ₹100 per litre. The calorific value of ethanol is also low. Gadkari said the government has also started giving permissions to establish 100 per cent ethanol petrol pumps and added that Prime Minister Narendra Modi has already inaugurated two such facilities in Pune, Maharashtra.

The minister also said that how ethanol can be manufactured through farm wastes and molasses. “We can make ethanol from sugarcane juice molasses and now the government is giving permission to make ethanol from food grains that are from rice, corn and food grains," he said. He asked states like Tamil Nadu, Maharashtra, Karnataka and Uttar Pradesh to take the lead in this initiative. Currently, India allows for 20 per cent ethanol-blending in fuels.