India's biggest trucker to scrap 15% of fleet in 'lost year'

VRL Logistics, the operator of about 5,000 vehicles including tankers, cranes and buses, has identified some 700 low capacity trucks for possible scrappage.
By : Bloomberg
| Updated on: 18 Aug 2020, 01:02 PM 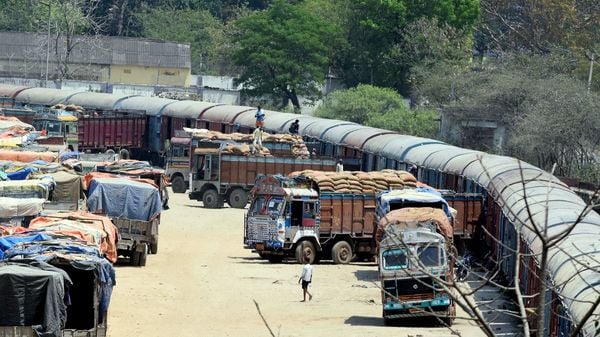 VRL Logistics Ltd., which owns the largest fleet of commercial vehicles in India, won’t buy new trucks and will get rid of old ones to rein in repair costs amid a nascent recovery in demand.

The operator of about 5,000 vehicles, including tankers, cranes and buses, has identified some 700 low capacity trucks for possible scrappage, Chief Financial Officer Sunil Nalavadi said on a conference call Monday. The firm “hopes" to report a profit for the year started April 1 by cutting costs and halting fresh investment, he added.

That would be an improvement from a loss in the June quarter, the first ever for VRL as India stayed locked down to control the spread of the coronavirus. Daimler AG sees industrywide truck sales in India taking at least three years to recover, an outlook that backs up the central bank’s reading of an economy ravaged by the coronavirus pandemic.

VRL, which is operating at about 75% capacity, gets more than a third of its business from small- and medium-sized firms that are most vulnerable to the economic slump, and plans to remove routes that aren’t seeing enough demand. While business is improving from sectors like pharmaceuticals and farming, demand from textiles and automobiles is weak, Nalavadi said.

To be sure, the company’s proposal hinges on the government’s policy for scrapping vehicles, which is yet to be finalized, Nalavadi said in a phone interview. “If vehicles older than 15 years are to be scrapped, we have 700 such vehicles. If it is 20 years, we have about 200."

VRL’s strong balance sheet and cost-control measures will help it tide over the crisis, analysts Alok Deshpande and Sameer Chuglani at Edelweiss Securities Ltd. wrote in a note. “FY22 should be much better and the nearly 50% stock correction since January adequately factors in this near-term damage," they wrote.

The Karnataka-based firm started operations with a single truck in 1976 and its shares rose more than 40% on debut in 2015. The stock has lost 45% of its value this year, set for a third straight annual decline.

Of the 15 analysts tracking the stock, 12 have a buy recommendation while three retain hold, according to data compiled by Bloomberg.

“We expect that 2020 will be a lost year for earnings growth," Chairman Vijay Sankeshwar said in the company’s annual report. “Our first priority is to keep our employees out of harm’s way."