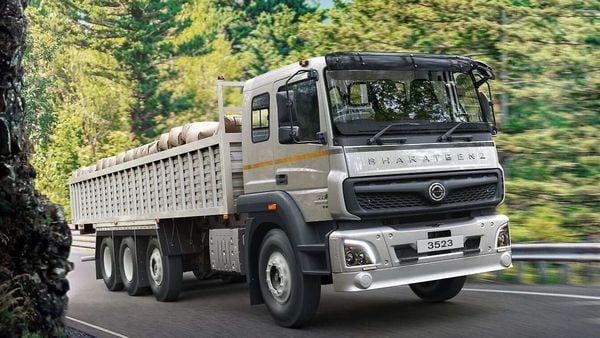 Daimler AG sees industry-wide truck sales in India taking at least three years to recover, an outlook that backs up the central bank’s reading of an economy ravaged by the coronavirus pandemic.

Commercial vehicle sales will start recovering next year and it may take at least three years to reach its peak-level, Satyakam Arya, the chief executive officer of Daimler’s India commercial vehicles division, said in a phone interview Friday. The German automaker, which sold a little more than 14,000 trucks last year, sees construction, mining and e-commerce sectors leading the demand for trucks, he said.

The government’s spending on infrastructure, private sector participation in the mining sector and a greater shift toward online shopping will contribute to the recovery in truck sales, Arya said. The world’s biggest producer of heavy-duty trucks is adding a second shift from this month at its factory near the southern Indian city of Chennai, which has a capacity to make 72,000 trucks and 4,000 buses a year.

The Reserve Bank of India sees the economy contracting in the year to March and expects a recovery to take at least two years. Governor Shaktikanta Das earlier this month allowed lenders to decide on extending a loan moratorium for up to two years as borrowers struggle with cash flow to service debt. Trucks are mostly purchased through loans.

“When we talk to the customers they are concerned about the much lower economic activity than in the past," Arya said, adding that most small-fleet owners are at the risk of going out of business if the crisis prolongs. “Most of the fleets are still standing idle. They are definitely concerned about the retail financing which is definitely difficult to come by this time."

Banks are hesitant to lend to borrowers who opt for the payment holiday, which is a concern, Arya said at a press conference Aug. 7.

Truck and bus sales have been falling since much before the Covid-19 outbreak, mirroring a protracted slowdown in Asia’s third-largest economy. A nationwide lockdown earlier this year led to zero sales in April, with demand returning slowly since May when the economy began easing restrictions.