In bid to protect its turf, Maruti appoints Japanese bureaucrat in key role

Kenichiro Toyofuku was the head of Japan Plus, formed to facilitate and fast-track Japanese investment proposals in India.He also has access to major ministries of the Indian government as well as the Prime Minister’s Office (PMO).
By : Malyaban Ghosh
| Updated on: 02 Dec 2019, 11:53 AM 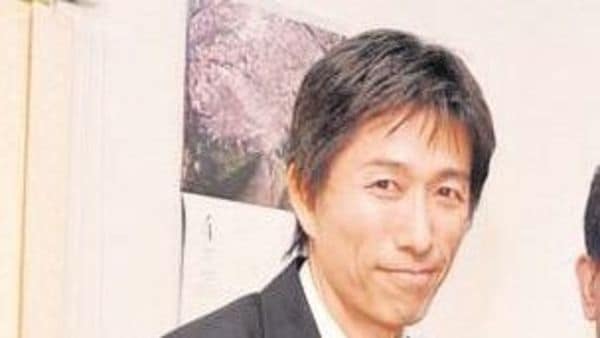 Maruti Suzuki India Ltd has enrolled a seasoned Japanese bureaucrat in a key role as it seeks to protect its leadership of the domestic market amidst changing regulations, falling sales and intensifying competition, said four people with direct knowledge of the matter.

Kenichiro Toyofuku is the new director of corporate planning department at Maruti. With this appointment, the country’s largest carmaker will be looking to tap his expertise given Toyofuku was until recently the head of Japan Plus, formed to facilitate and fast-track Japanese investment proposals in India, and comprised officials from India’s Department for Promotion of Industry and Internal Trade and Japan’s ministry of economy, trade and industry (METI).

His earlier role gave Toyofuku access to major ministries of the Indian government as well as the Prime Minister’s Office (PMO).

Toyofuku, who joined Maruti around a month ago, may also be appointed to the company’s board in the near future to work closely with managing director Kenichi Ayukawa, two of the four people said on the condition of anonymity.

The company has still to formally announce Toyofuku’s appointment.

As the Union government pushes vehicle makers to invest in developing electric and other forms of environment friendly vehicles, automakers want to ensure that their interests are well represented before policy mandarins, as adverse policy measures can affect their investments.

India is about to introduce the toughest regulations for the automobile industry in the next three to four years and companies have invested heavily to comply with them.

India, in October 2019, adopted the new safety norms for vehicles and in April 2020, Bharat Stage 6 emission norms will come into effect. From 2022, the second and stricter phase of corporate average fuel efficiency norms will be implemented and in 2023, Real-Time Driving Emission (RDE) test will be introduced.

“This is a very significant hiring done by the company and it makes sense since his access will be effectively used by Maruti to lobby for incentives on hybrid and CNG vehicles," said the first person cited above. “Also after chairman P.C. Bhargava, they would need someone to represent the company in the highest political office in the country".

Maruti has made investments in hybrid vehicle technologies as well as in Compressed Natural Gas powertrains, as a replacement of diesel, to meet the stringent fuel efficiency norms, to be introduced from 2022.

The second person said Toyofuku also has experience working with governments in states such as Rajasthan and Gujarat, leading efforts to set up Japanese industrial parks in Neemrana and other locations in Gujarat.

“With deepening ties between Toyota and Suzuki in the Indian market, protecting Suzuki’s interest will also be beneficial for Toyota as well. So, the stakes have become higher over the last few years," said the third person mentioned above. “Also, Suzuki will go all the way to protect its interest in India since that’s the only profitable venture left with them. Hence, this kind of a high profile hiring makes sense. None of the other Japanese manufacturers have such high stakes in India."