The IIT researchers are in the process of filing a patent for the smart speed warning system as they claim that such a system is not available anywhere around the world.Traditional warning systems are based on the fixed speed threshold but the smart one will be based on location and infra.
By : HT Auto Desk
| Updated on: 17 Oct 2021, 01:10 PM 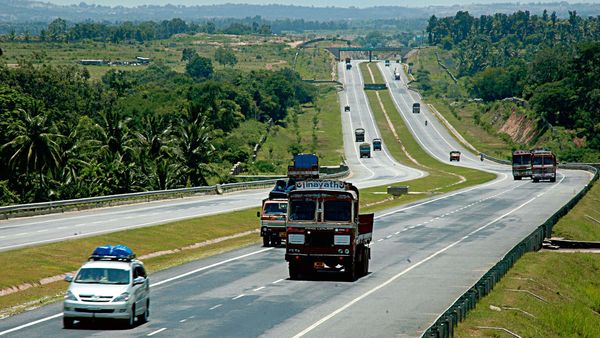 File photo of a national highway road in India used for representational purpose only.

Researchers at different Indian Institutes of Technology (IITs) are developing a first-of-its kind smart speed warning system for vehicles which can be used alert a driver based on road infrastructure as well as geographical location. This system is aimed to help avoid over-speeding related accidents in the country.

About 70 per cent of road fatalities in the country occur due to over-speeding, as per information from the Ministry of Road Transport and Highways. In order to reduce such fatalities, the government had made it compulsory for all new cars sold from July 1 of 2019 to be equipped with a speed monitor device that will provide intermittent warning beeps for vehicles when they reach above 80 kmph and a constant beep for above 120 kmph. Further, the fine for speeding vehicles was increased by ten times under the new Motor Vehicles Act of 2019.

However, as per researchers from IIT Guwahati and Bombay, the current speed governing device is akin to a ‘one size fits all’ solution. It does not offer much intelligence and thus, cannot effectively work while driving in hilly terrains, plains or desert areas. “Our studies revealed the safe speed for a vehicle can significantly vary with changes in road geometry like on sharp or blind curves or hairpin bends," Akhilesh Kumar Maurya, Civil Engineering Professor at IIT Guwahati, told PTI.

The IIT researchers are in the process of filing a patent for the smart speed warning system as they claim that such a system is not available anywhere around the world. The team of researchers also plan to conduct pilot studies at different highways across the country so as to find out the different geographical locations and present the model ultimately to the National Highway Authority of India (NHAI).