Home Auto News Hyundai To Use Batteries From Sk Innovation For Its New Ioniq 5 Ev: Report

Hyundai to use batteries from SK Innovation for its new Ioniq 5 EV: Report

This comes after Hyundai had to recently recall over 80,000 of its electric vehicles including best-selling Kona EV due to potential fire risk.These models use batteries from LG Chem.
By : HT Auto Desk
| Updated on: 28 Feb 2021, 05:40 PM 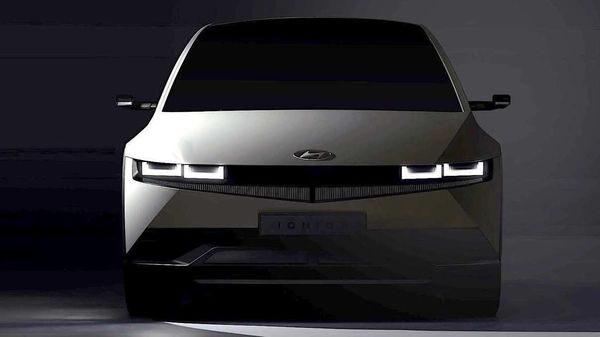 Hyundai Ioniq 5 will be headed to the European countries first.

The recently revealed Hyundai Ioniq 5 electric car will be equipped with batteries from South Korean supplier SK Innovation, as per Korean publication The Elec.

The Ioniq 5 electric mid-sized crossover will be based on Hyundai's Electric-Global Modular Platform (E-GMP) architecture and will be available in two different battery options - 58 kWh and 72.6 kWh. The report further says that Hyundai has selected SK Innovation and CATL as suppliers for its forthcoming E-GMP-based electric vehicles. LG Chem, that supplies batteries for the carmaker's current Kona EV models, has not been included.

This comes after Hyundai had to recently recall over 80,000 of its electric vehicles including best-selling Kona EV due to potential fire risk. These models were equipped with batteries from LG Energy Solution - a division of LG Chem. After multiple such recalls, the battery maker had said that Hyundai misapplied its suggestion for fast-charging logic in the vehicle's battery management system.

The recalls due to battery fire risk will cost Hyundai a total of one trillion won, as per estimates, including some 38.9 billion won due from the first recall. The latest recall led to the fall in share prices of both Hyundai and LG Chem.

The carmaker's new Ioniq 5 EV, it claims, will be capable of a vehicle-to-load (V2L) bi-directional charging option so that it can function as a 110/220V power supply unit. The car churns out 125 kW of power and 605 Nm of torque. The car is capable of accelerating 0-100 kmph in 5.1 seconds.