Home Auto News 'how To Get Exciting New Jobs': Stellantis' Email To Workers It Plans To Lay Off

'How to get exciting new jobs': Stellantis' email to workers it plans to lay off

Stellantis has been sending emails to employees, promoting career moves outside the company. This will help those who might be interested in a voluntary departure scheme.
By : HT Auto Desk
| Updated on: 16 Feb 2022, 12:10 PM 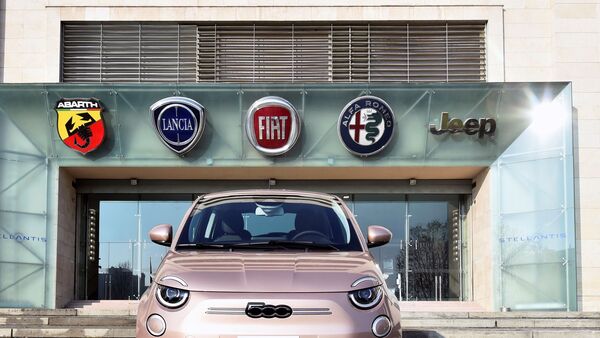 File photo of the brands that come under Stellantis, the world's fourth largest automaker.

Stellantis is under pressure to reduce its workforce as it looks to rapidly shift towards electric vehicles (EVs) from gas-guzzling combustion engines. EVs are simpler to produce and require fewer workers as compared to conventional vehicles, thus the automaker is looking to lay off workers in France and other European markets.

But the company is trying to be creative in this process as it has been sending emails to employees, promoting career moves outside Stellantis. This will help those who might be interested in a voluntary departure scheme. These routinely sent emails provide information on career fairs and services that help write winning CVs.

The unusual effort being made by CEO Carlos Tavares shows how hard pressed he is is to cut the payroll in major European markets so as to make 5 billion euros ($5.7 billion) of synergies pledged as part of the 2021 merger between Fiat Chrysler and PSA Group.

But the emails are so imposing that the union representatives are accusing management of harassment. “This isn’t a good way to motivate people to work hard for the company," Christine Virassamy," a representative of the CFDT union, told Bloomberg. “We’ve asked them to let up." Stellantis began talks with French unions on February 1 on a two-year plan for 2,600 voluntary job cuts.

In France alone, the automaker could cut as many as 10,000 jobs by the end of 2025, according to estimates by some unions, the Bloomberg report stated. “The transition to EVs is unprecedented in terms of speed and impact for the automotive industry," Alexandre Marian, a managing director in Paris at AlixPartners told the publication. “This will have implications on the workforce."

As per a study published in December for France’s auto lobby, the consultancy estimates that France alone risks losing nearly a third of its automotive jobs by the end of the decade. As Stellantis and other auto makers have plans to retrain staff and hire software specialists for self-driving and digital vehicles, every mechanic won't be able to code.