How modified breathing machines donated by Tesla are helping US hospitals

Even if some feel the donation from Tesla has been a marketing stunt, there is no denying that the medical equipment provided are proving to be extremely crucial in the fight against Covid-19.
By : Bloomberg
| Updated on: 18 Apr 2020, 08:38 AM 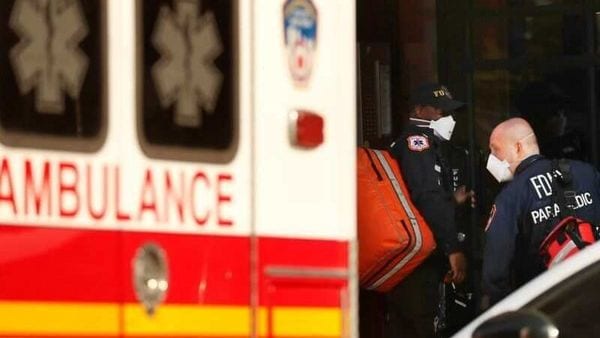 Breathing machines are one of the essential medical equipment needed by hospitals treating patients with Covid-19. (Photo used for representational purpose.)

Hospitals across the US say they were grateful to receive bulk donations of breathing machines from Tesla Inc.’s Elon Musk at the apex of the Covid-19 crisis - even if they fell short of the high-end ventilators that were most in need.

At Mount Sinai Health System in New York City, for example, Tesla donated about 200 bi-level positive airway pressure machines, or BiPAPs, in late March. While the devices can help patients in respiratory distress, they’re more commonly used in the home to treat sleep apnea, and aren’t as powerful as the ventilators used to treat the sickest patients in intensive care units.

While Musk tweeted March 23 that Tesla had purchased ventilators from China and would distribute them to medical facilities across the country, what hospitals from New York to California say they received were BiPAP machines. The chief executive officer has responded to criticism of his contributions by clarifying that the vast majority of what the company had donated were the cheaper, less-powerful devices.

Mount Sinai relied on an ingenious team of medical students to modify the machines in a moment of crisis. “Med students were able to MacGyver these into hospital ventilators by souping up the home devices to meet the needs of Covid patients," said Robert Freeman, vice president of clinical innovation at Mount Sinai Health System.

Before Mount Sinai put the devices to use in its overrun intensive care unit, the students reconfigured the tubing so that the machines could deliver adequate levels of oxygen and pressure. And they inserted a small mesh filter to prevent the virus from escaping and infecting health-care workers.

About 12 of these modified machines are currently in use in critical-care settings to help open and close the lungs of severely ill patients. About 80 are being used in less serious cases, Freeman said.

“They won’t help the sickest patients, but did help free up some of the advanced ventilators to those who need them the most," he said.

The Tesla-donated machines were dropped at Mount Sinai’s loading dock in pellets overnight. The boxes were carried to the library, where about 20 medical students created a ventilator assembly line to build the devices as quickly as possible, Freeman said. They were then transported to a classroom to be modified for use in critical-care settings.

Mount Sinai has offered to redistribute the modified BiPAP machines to other hospitals in need, Freeman said.

Musk, 48, has bristled at criticism of the donations for several weeks. On April 2, he said exact specifications of the devices Tesla was donating were provided to hospitals before delivery, and all the facilities confirmed they would be “critical." He said in another post that BiPAPs would be “very important" for certain Covid-19 patients to prevent their cases from becoming severe.

On Tuesday, the Sacramento Bee’s editorial board wrote that California hospitals hadn’t received ventilators from Tesla, citing the office of Governor Gavin Newsom, who had previously praised Musk for his pledge to donate.

After a similar report by CNN on Wednesday, Musk criticized the news organization, tweeting that he was surprised it still existed and calling for Newsom to “please fix this misunderstanding." He also shared what he said was a partial list of hospitals to which Tesla donated devices.

“I appreciate Elon and others who have really stepped up and offered support," Newsom said when asked about the issue during a press conference Thursday. “I’m learning more about where they went and am grateful for his support."

Northwestern Medicine in Illinois also received machines from Tesla, and a spokesman said they supported the hospital’s ability to care for patients.