It is rumoured that Honda is planning to strengthen its mid-capacity portfolio in India with bikes such as CBR500R and the CB650F.The upcoming Honda bike will retail through the company's premium dealership chain - BigWingHonda.
By : HT Auto Desk
| Updated on: 15 Sep 2020, 07:18 PM 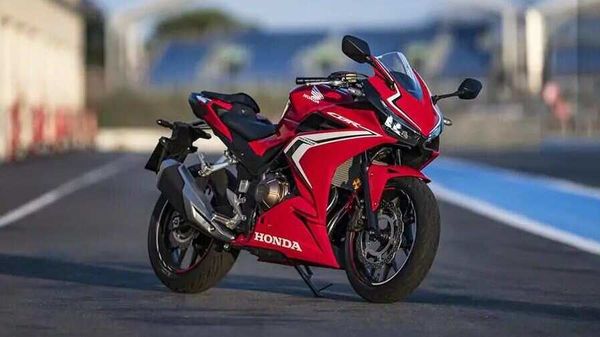 Honda on Tuesday announced that it is planning to launch a new motorcycle in India on September 30. The company is yet to reveal the name of the product but since 'BigWingHonda' has been tagged in the communication, needless to say, the new bike will be a premium offering. Save for the launch announcement, Honda has stayed tight lipped about any other information on the upcoming product.

There have been several speculations that the company is planning to strengthen its mid-capacity portfolio in India with bikes such as CBR500R and the CB650F. But there is no official confirmation regarding the same.

The company already retails the CBR650R in the Indian market which is basically a fully-faired version of the CB650F. Also, Honda doesn't have a naked streetfighter in a segment which is crowded with motorcycles such as Kawasaki Z900, Suzuki GSX-S750, Triumph Street Triple R, Ducati Monster and there's also the upcoming Triumph Trident which will be launched in 2021.

On the other hand, if the upcoming product is the CBR500R, Honda will finally have something against the Kawasaki Ninja 400. Albeit, the CBR500R will be a very niche product, almost touching the price range of the Ninja 650.

(Also Read: India-bound new Honda Forza 350 to be revealed in Europe on October 14)

For now, these are all speculations and more details will unfold as the launch date inches closer.