Nissan was an early entrant to the EV bandwagon with the world's first mass-market Leaf EV, introduced as early as 2010.After introducing Ariya EV last year, Nissan now plans to release eight new pure EVs by fiscal year 2023.
By : HT Auto Desk
| Updated on: 14 Jul 2021, 11:18 AM

Nissan has touted its flagship Ariya EV as the new chapter of its aggressive turnaround and electrification plan.

Nissan Motor unveiled the Nissan EV36Zero earlier this month - a flagship project worth $1.4 billion that will become an electric vehicle hub. Now, the company's CEO Makoto Uchida has told Bloomberg that the massive EV project is 'just a start' of the carmaker's plans to forge ahead with the electrification of its fleet.

Uchida said that his company will look to make more EV-related investments in other core markets as well, without providing the specifics of the location and timing of the said investments. The carmaker is in the process of pulling itself out of the red after seeing two straight years of operating losses, and with electrification, it hopes to garner demand for its vehicles. Last year, Nissan touted its flagship Ariya EV as the "new chapter" of its aggressive turnaround plan.

Well, Ariya was definitely a new chapter as the carmaker now plans to release eight new pure EVs and sell more than one million electric and electric powertrain-fitted vehicles in a year by fiscal year 2023. It also looks to cut global production by reducing 20% of models in its existing lineup. Further, it has set a target to electrify all of its new models that it releases in major markets by the early 2030s. 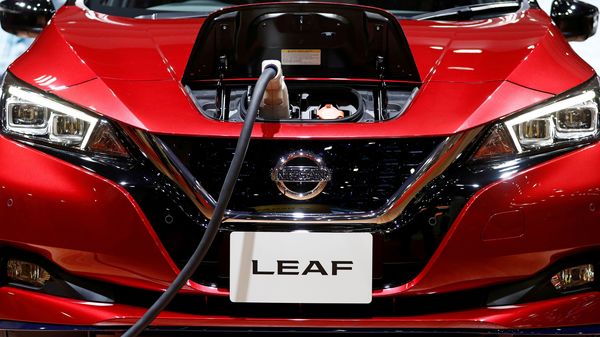 Nissan was an early entrant to the EV bandwagon with the world's first mass-market Leaf EV, introduced as early as 2010. With roughly a decade of experience in making EVs, the Japanese carmaker believes it will get a leg-up over rivals. It is betting big on its technologies to improve battery durability and enabling old batteries to be reused in new vehicles.

Uchida also pointed out the possible head-winds in its electrification plans, one being the global shortage of semiconductors. The company is forecasting that the semiconductor shortage will curb its production by around 500,000 units this fiscal year. However, it is looking to work on inventory levels and production schedules to recover "half and more" of that lost production in the latter half of the year.