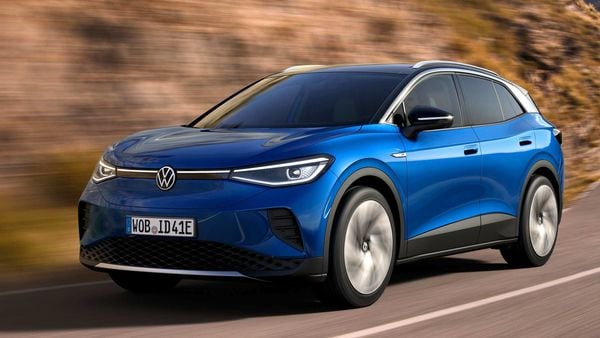 Volkswagen premiered its ID.4 electric SUV in September last year and the vehicle is now making its way to the customers in Europe, China and North America. The 2021 ID.4 carried quite a lot of expectations from the carmaker and is a clear intent of show from it to taken on the Tesla Model Y.

The company has also earlier underscored its big ambitions with the ID.4 and has stated that it wants to sell as many as 1.5 million units of the EV worldwide by 2025. Here are the top features on the electric SUV that Volkswagen touts as its coolest:

Just like the system in the Tesla models, the ID.4 doesn't have a start/stop switch. To start the car, all one has to do is get inside and put a foot on the brake and then put the car into gear and drive away. To turn it off, one simply has to come to a stop and park the car. It shuts off automatically.

The ID.4's ID. light is the 54-LED strip that runs across the car’s entire dashboard and is used to communicate important messages to the occupants such as incoming calls, navigation prompts and charging status of the car. The lighting system uses different colors and patterns to communicate different alerts.

The movable cup holders and storage dividers are standard on all ID.4 models and though this isn't a totally new concept, Volkswagen allows the passengers to store the cupholders in the center console in order to get extra space between seats. These can also be replaced with storage dividers to customise the centre console for optimum storage area.

This convenient feature is available on the First Edition models and the Pro S variants of ID.4. Since the vehicle's rear cargo floor is based on a rail system, it can be moved up or down depending on whether one wants a flat floor or extra storage space hidden under that floor.