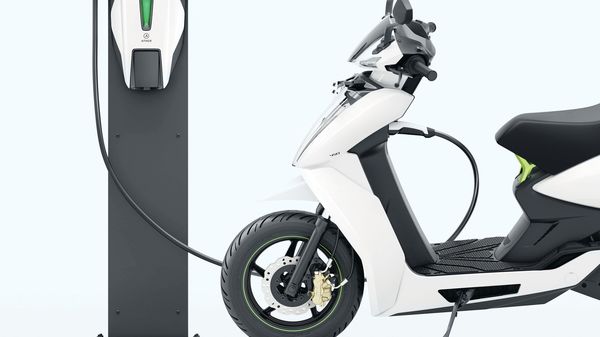 File photo of an electric two-wheeler used for representational purpose only.

Gujarat on Monday launched a scheme to provide electric two-wheelers to its construction and industrial workers at a subsidised rate. Inaugurated by the state's Chief Minister Bhupendra Patel, the 'Go-Green' scheme is aimed at encouraging the adoption of electric vehicles, reducing fuel bills and supporting the environment by curbing vehicular emissions.

The minister launched the scheme and its portal at a function held at Mahatma Mandir in the state, and also urged the workers to avail benefit of the green initiative. Under this scheme, any worker of the organised sector such as an industrial labourer can avail a subsidy of 30 per cent on the price of the electric vehicle or a subsidy of ₹30,000, whichever is less. This can be availed on the purchase of battery-powered two-wheeler.

The subsidy for the workers in the construction sector has a different criteria, they can avail a 50 per cent subsidy or a discount of ₹30,000, whichever is less, on their battery-powered two-wheeler ride, as per a release from the state government.

Both the worker categories who go for the subsidy on electric vehicles can avail the benefit only one-time subsidy on RTO registration and road tax as well. In the initial phase of the ‘Go Green’ scheme, the state government aims to provide such battery-powered two-wheelers to 1,000 construction workers and 2,000 organised sector workers. For the scheme, only government-approved and locally-produced vehicles will be considered eligible. "Moreover, only high-speed models capable of covering a distance of 50 kilometers in one charge are covered under the scheme," the state government release informed.

Eligible workers can select electric two-wheeler models and book the vehicles by uploading all the required documents online on the portal launched to implement this scheme. The workers can take the delivery of the vehicles from the dealer after their application has been approved.