Home Auto News Gst On Petrol, Diesel Can Bring Down Rates. Why States Are Opposing?

GST on petrol, diesel can bring down rates. Why states are opposing?

Some states have opposed the implementation of GST on petrol and diesel as it would impact their revenue.
By : HT Auto Desk
| Written By : Mainak Das
| Updated on: 18 Sep 2021, 03:34 PM 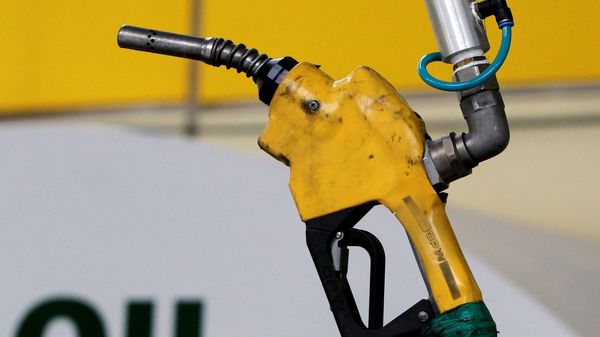 Petrol and diesel prices have shot past record levels in the recent few months.

The soaring petrol and diesel prices have fuelled the demand of bringing motor fuels under the ambit of Goods and Services Tax or GST. The much-debated and speculated issue was thought to see the conclusion as it was expected to be discussed on Friday at the 45th GST Council meeting in Lucknow.

Union finance minister Nirmala Sitharaman later clarified that bringing petrol and diesel under the GST ambit was on the agenda of the GST council only because of the Kerala high court order. In June this year, the Kerala High Court, based on a writ petition, had asked the GST Council to decide on bringing motor fuels within the GST ambit.

The GST Council felt that it was not time to bring petrol and diesel under GST, the finance minister said after Friday's meeting. The decision will now be conveyed to the court, the minister further said.

Commodities such as crude oil, natural gas, petrol, diesel, and aviation turbine fuel (ATF) were kept out of the GST ambit when the new tax system was introduced on July 1, 2017. This was done considering the revenue dependence of the central and state governments on these commodities.

Demand for GST on petrol and diesel

Recently, the spike in global crude oil prices on the back of demand recovery resulted in petrol and diesel prices shot up to an all-time high level. This led to various stakeholders demanding GST on petrol and diesel.

This results in variable retail prices of petrol and diesel across India. Bringing them under the GST will not only bring uniformity in pricing across the country. This step is also expected to bring down the cost of motor fuels subsequently.

Why some states are opposing GST on petrol and diesel?

While these states will lose a significant chunk of revenue from petrol and diesel, some other states that levy lower taxes on motor fuels will see a hike in revenue generation.

The states are also opposing the idea of bringing motor fuels under the GST ambit by saying that the reason behind the incessant price hike of petrol and diesel is the huge cess hike by the central government.

For example, Kerala's finance minister K N Balagopal said to PTI that if the central government reduces the cess, it will help in bringing down prices of petrol and diesel. He also said that imposing GST on motor fuels would result in Kerala losing ₹8,000 crore annually.