This announcement marks the transformation of Grinntech from an IIT-Madras incubated start-up to a funded commercial enterprise, enabling rapid adoption of electric vehicle technologies.
By : PTI
| Updated on: 27 Aug 2020, 04:33 PM 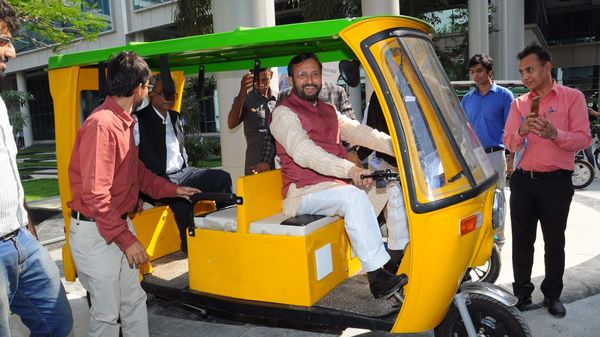 Lithium-ion batteries start-up Grinntech on Thursday unveiled a range of high-tech batteries for 2-wheelers, 3-wheelers, and tractors and light vehicles.

It added that the facility will also make Pintail, an internet of things (IoT)-enabled 2-wheeler starter battery, and Falcon, a larger battery suited to tractors and light vehicles, using its automated processes and assembly lines.

The modular production layout will allow for easy scaling up as demand grows, it said.

Grinntech specialises in lithium-ion batteries for electric vehicles and energy storage systems along with its proprietary IoT-enabled battery management system (BMS) and connectivity.

This announcement marks the transformation of Grinntech from an IIT-Madras incubated start-up to a funded commercial enterprise, enabling rapid adoption of electric vehicle (EV) technologies, the release stated.

"It was always our dream to create a technologically advanced lithium–ion battery product line that was built-to-cost for Indian conditions along with its production system. We are hopeful that we will catch the fast-growing wave for EV products by Indian customers," Nikhilesh Mishra and Puneet Jain, co-founders of Grinntech, said.

Sumantran said EVs are rapidly gaining acceptance globally and in India, and particularly at a time when the country has articulated a priority for self-reliance in critical EV technologies.

Stating that the future of energy is in renewables with significant potential for high growth, Narayanan said digital technologies such as IoT and data analytics play a crucial role in enabling companies with newer business models to provide the much-needed connectedness and high performance, among others.