Presenting the country's plan for moving to low-carbon mobility, Prime Minister Kyriakos Mitsotakis said on Friday that Athens will aim for one in three new vehicles to be electric by 2030.
By : Reuters
| Updated on: 05 Jun 2020, 07:55 PM 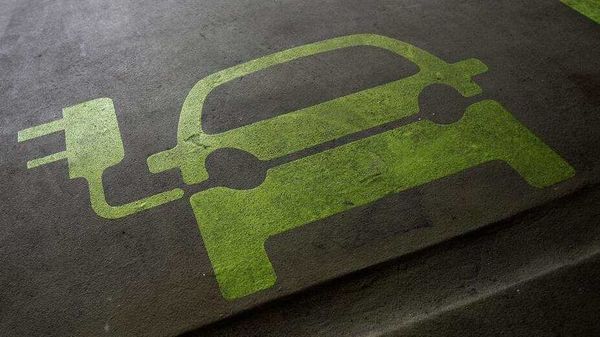 A sign is painted on a parking space for electric cars. (Representational File Photo)

Greece on Friday unveiled tax incentives to boost the use of electric cars, motorcycles and bicycles, as part of its 10-year climate plan for lower carbon emissions.

Greece now has only about 1,000 electric cars - 0.3% of its fleet - on its roads, a very low rate compared to other EU countries, such as Germany, where they account for about 10% of the fleet.

Presenting the country's plan for moving to low-carbon mobility, Prime Minister Kyriakos Mitsotakis said on Friday that Athens will aim for one in three new vehicles to be electric by 2030.

"We are subsidising the purchase of new types of cars with 100 million euros for 18 months at the first stage," Mitsotakis said. "This is expected to cover 25% of the cost for about 14,000 new electric cars."

The plan also includes subsidies for the purchase of electric taxis and motorbikes and for setting up charging stations across the country. Drivers of the new vehicles will be also exempted from any parking fees for two years.

A recent study showed that carbon emissions dropped by about 40% in Athens amid a coronavirus-prompted lockdown from March to April as most Greeks stopped commuting by car.

To meet EU-wide climate targets by 2030, Greece has also vowed to close down all but one of its coal-fired electricity plants by 2023.

(Also Read: ZS EV with range of 500 kilometers being planned by MG Motor)

The plants use lignite, a highly pollutant brown coal. Most of them operate in northern Greece and the southern Peloponnese. Mitsotakis announced tax breaks for new factories that will produce electric cars in those regions.