A significant step taken by government towards reducing the number of road accidents in India is adoption of international standards for airbags used in cars.
By : HT Auto Desk
| Updated on: 30 Jun 2022, 09:58 AM 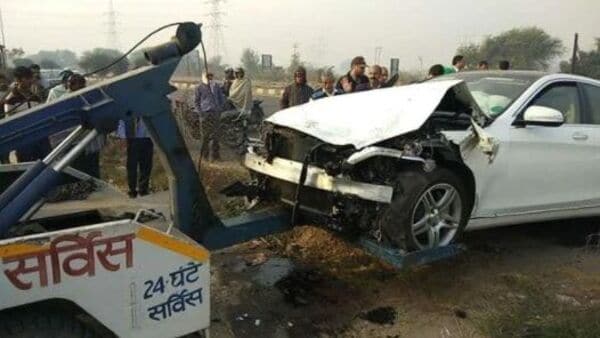 The government is working on reducing the number of road accidents in the country by taking a series of steps including creation of helipads at wayside amenities. These helipads are being created along national expressways to provide emergency care to anyone in need, Union minister V K Singh said at an event in New Delhi.

The minister of state for road transport and highways added that the government has placed ambulances at each toll plaza on highways to cater to emergencies but more needs to be done in this area. He added that hospitals can also set up trauma centres at the helipads. Another step includes adopting international standards for airbags used in cars.

Addressing the gathering at the event,  Singh noted that 11 per cent of world's accidents take place in India and the government aims to work towards bringing down this number to two lakhs per year from current five lakhs per year. He highlighted that this can be achieved and things can be rectified and brought down if all stakeholders work together towards the same goal.

Singh noted that most of the road accidents happen because of the fault of others and despite all the efforts made, there is very less enforcement of the awareness on road safety. He emphasised that there is a need to create an eco-system for safety, and this must comprise of all stakeholders including transport sector, drivers, and driving schools.

Union Minister for Road Transport and Highways, Nitin Gadkari, has time and again highlighted the need for robust road safety measures in the country. In a Rajya Sabha gathering in April, the minister had noted that based on the latest issue of the World Road Statistics (WRS) 2018, brought out by the International Road Federation, India ranks in the third position per the number of accidents. He also highlighted various steps being taken by the government to reduce accident fatalities.