The delay will further crimp supply of GM’s redesigned Chevrolet Silverado and GMC Sierra pickups.
By : Bloomberg
| Updated on: 23 May 2020, 10:18 AM 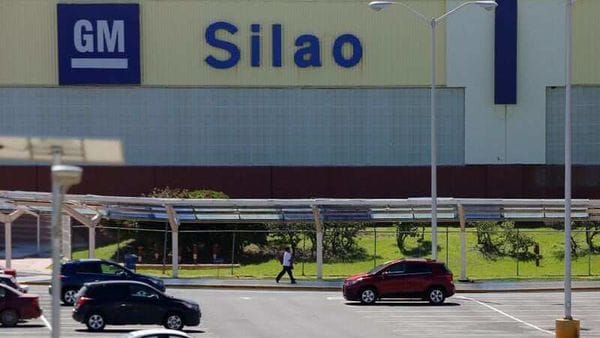 GM originally planned to run two shifts next week at the factories in Fort Wayne, Indiana, and Flint, Michigan, according to a spokesman. While a sport-utility vehicle facility elsewhere in its home state is still on track to boost output, the truck plants may need to give suppliers in Mexico that have been resuming work more slowly another week to catch up.

The delay will further crimp supply of GM’s redesigned Chevrolet Silverado and GMC Sierra pickups and is the latest supplier-related disruption to hit automakers that have been restarting operations that were shut down for weeks. Ford Motor Co., Daimler AG’s Mercedes-Benz and Volvo have had to pause some U.S. production because of parts shortages.

“There is strong demand for our full-size pickups and we will look to add capacity as quickly as we can," said Dan Flores, GM’s spokesman. The automaker’s shares slipped 0.6% as of 12:35 p.m. Friday in New York.

Ford paused production for the second time in as many days at its Explorer SUV plant in Chicago earlier this week after a worker at a nearby supplier facility tested positive for Covid-19.

For GM, Mercedes and Volvo the issue has been Mexico’s restart. The nation’s government has issued conflicting and vague decrees on what factories need to do before they’re allowed to reopen, contributing to delays that have slowed production at U.S. factories reliant on imported parts.

The constraints led Mercedes to suspend production of GLS and GLE SUVs and C-Class sedans in Alabama this week, while Volvo was forced to temporarily idle its S60 sedan factory in South Carolina.

Strong Silverado and Sierra sales buoyed GM’s first-quarter earnings and gave analysts hope that Chief Executive Officer Mary Barra could eke out a full-year profit. The virus disrupted efforts to build pickup inventory back up following the United Auto Workers union’s 40-day strike in the second half of last year, and dealers are having trouble keeping enough trucks in stock.

The Silverado is the vehicle “in the most demand relative to the supply we have," Mike Jackson, the CEO of AutoNation Inc., the largest U.S. new-car retailer, said in a Bloomberg Television interview. “If they can restart the pickup truck plants first, I’ll be standing here in line saying ‘send me all you can get.’"

GM Mexico reopened its engine and transmission plants in the cities of Ramos Arizpe and Silao on Thursday.