With this investment plan, General Motors Co will be adding a fifth plant in North America with EV production capacity.
By : Bloomberg
| Updated on: 01 May 2021, 15:38 PM 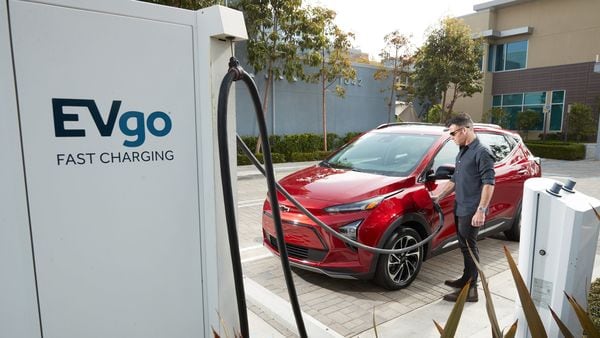 The company has committed to spending $27 billion as part of a push to build 30 electric vehicle models by 2025. (File photo)

General Motors Co. is extending its electric vehicle plans south of the border with an investment of more than $1 billion in Mexico, adding a fifth plant in North America with EV production capacity.

The automaker’s facility in Ramos Arizpe, Coahuila, will start making unspecified EVs for GM brands in 2023, the carmaker said in a statement. The plant currently builds gasoline-powered Chevrolet Equinox and Chevrolet Blazer models, as well as engines and transmissions.

The company has committed to spending $27 billion as part of a push to build 30 electric vehicle models by 2025, a far-reaching strategy pivot and bet on next-generation technology.

As part of that initiative, it plans to eventually expand the complex’s 6,500-employee workforce to add a third shift, according to Francisco Garza, president of GM Mexico.

“We are really proud about contributing to GM’s vision of a future with zero crashes, zero emissions and zero congestion, by the production of electric vehicles," Garza said in the statement.

Meanwhile, GM’s commitment to Mexico was criticized by the United Auto Workers, which represents its hourly workers in the U.S.

“This is a slap in the face for not only UAW members and their families," Terry Dittes, a UAW vice president, said in a statement. “General Motors automobiles made in Mexico are sold in the United States and should be made right here, employing American workers."