GM had planned to use the expected sale proceeds of $250 million-$300 million to pay off liabilities incurred with its exit from manufacturing in India.The company had stopped selling in the country at the end of 2017 after years of low sales but the factory currently builds vehicles for export.
By : Reuters
| Updated on: 17 Sep 2020, 12:54 PM 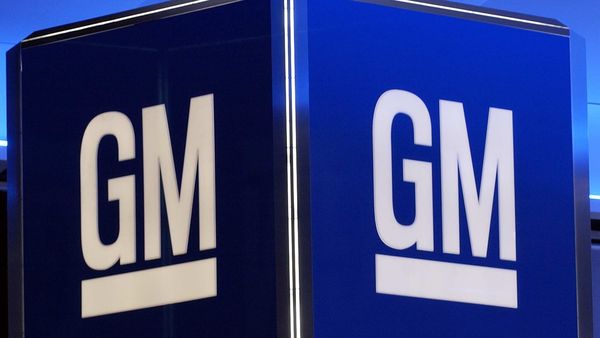 General Motors' efforts to take a rival to task for allegedly inflating its labor costs suffered a major blow with the dismissal of its racketeering lawsuit against Fiat Chrysler.

Delays to General Motors' sale of its Indian plant to Great Wall Motor due to tensions between India and China are likely to result in hefty unplanned costs for the US automaker, people familiar with the matter said.

Gaining Indian government approval for China-related deals is now expected to take quite some time and although the sale should still happen at some point, GM has not changed its plan to begin winding down the plant's operations next month, they said.

"By next year, it will either be a closed GM site or it will be an operating site with Great Wall," said one source.

GM had planned to use the expected sale proceeds of $250 million-$300 million to pay off liabilities incurred with its exit from manufacturing in India in what a second source said would have been a "no gain-no loss" situation.

Although money will come through once the deal is done, it will now have to pay out of pocket for severance pay, some of which would never have occurred had the deal proceeded smoothly, as well as other costs - which could amount to a couple hundred million dollars, according to the second source.

Sources also said severance pay costs could be much higher than usual due to lack of clarity about the deal's prospects and workers' demands for greater relief given the low chances of finding new jobs amid the coronavirus pandemic.

The sources were not authorised to discuss the deal and spoke on condition of anonymity.

GM stopped selling in the world's second most populous nation at the end of 2017 after years of low sales but the factory continues to build vehicles for export. Located in the western state of Maharashtra, the plant employs about 4,000.

If workers don't agree to the severance offered, GM will need local government clearance to lay off staff. That is often a long, bureaucratic process which could help stoke worker protests or political opposition, the sources said.

GM said in a statement it continues to work toward ending production at the plant and closing the deal with Great Wall. Great Wall did not respond to a request for comment. The sale was announced in January and had been slated to close in the second half of 2020. Just when it might proceed remains highly uncertain.

In April, India introduced stricter rules for investments from China and other neighbouring countries aimed at preventing pandemic-hit Indian companies being taken over at bargain prices. A number of central government ministries are now required to sign off on the deal, instead of just Maharashtra state.

Then in June, a deadly border clash between the two nations resulted in a further clampdown on Chinese businesses and Maharashtra put three investment proposals from Chinese companies, including Great Wall's, on hold.

(Also read: GM encouraged by global recovery, but no intent of 'short-term pop' for stock)

Investment proposals from Chinese companies are unlikely to be approved until tension at the border dissipates, two central government officials told Reuters.

India's finance and commerce ministries did not respond to Reuters requests for comment.

Great Wall "now feels it is impossible to finish the transaction this year," a company source said.

The hold-up has made the Chinese automaker nervous as it had planned to launch its first India-made car in the first half of 2021, said a separate person aware of the plans.

The company, which plans to invest $1 billion in India, has started hiring staff, including executives to run the plant, and is in talks with auto parts suppliers, the person said.

But even after the central government greenlights the project, Great Wall will still need more than three months to finalise investment terms with Maharashtra state and to revamp the plant, the person added.