Germany’s export-driven car sector has been severely hit by shutdowns across the globe to prevent the coronavirus from spreading.
By : Bloomberg
| Updated on: 20 Apr 2020, 04:42 PM 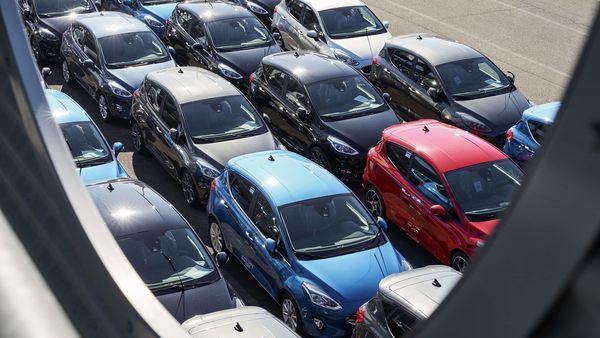 Across Europe, car sales dropped the most on record in March as showrooms closed to help limit the coronavirus outbreak. (File photo used for representational purpose only)

Germany’s auto industry and senior politicians are stepping up calls for another “cash for clunkers" program to revive demand after the coronavirus crisis as Volkswagen AG and Daimler AG gradually restart output in European factories this week.

Ensuring cars are sold to customers is critical for the production ramp-up, VW brand Chief Operating Officer Ralf Brandstatter said Monday in an emailed statement. “A sales support can be a sensible contribution to climate protection," he added, suggesting that the program could be geared toward a low CO2 output.

Germany’s export-driven car sector has been severely hit by shutdowns across the globe to prevent the coronavirus from spreading. Across Europe, car sales dropped the most on record in March as showrooms closed to help limit the coronavirus outbreak and production was halted globally.

A scrapping program to trade in older vehicles for new ones helped Germany’s economy to emerge swiftly from the fallout of the financial crisis a decade ago. Manufacturing of vehicles and car parts is the largest industrial sector in Europe’s biggest economy and it safeguards hundreds of thousands of jobs across the region.

Germany reopened its car dealerships on Monday as it starts easing some of its lockdown measures. But Brandstatter argues that this probably won’t be sufficient to bring the industry back into swing.

The auto industry “needs to be at least as strong after the crisis as before the crisis," BMW Chief Executive Officer Oliver Zipse told Bavarian State Premier Markus Soeder in a speech in on Apr. 8, adding that this is why he supports a bonus for environmentally friendly cars.

The leaders of the German states where VW, Daimler and BMW are headquartered have voiced support to help the industry, but it’s unclear how much traction the calls have gained on a federal level.

“There are currently different demands and proposals from the automobile industry," a spokeswoman for the Economy Ministry said in a statement. “We follow them closely of course. But there is currently no decision yet," she added.

Top car industry officials and labor unions are scheduled to discuss ways to overcome the economic crisis on May 5 with the German chancellery in Berlin, according to a government official. Berlin does not rule out a “cash for clunkers" scheme, but there is currently no plan for it, the person added.

“It is in Europe’s interest that this key strategic sector not only recovers, but also is revitalized in order to make a strong contribution to the EU’s industrial strategy, the European Green Deal as well as the continent’s global innovation leadership," Eric-Mark Huitema, the director general of European lobby group ACEA said last week. About 13.8 million Europeans work in the auto industry, accounting for 6.1% of all jobs in the bloc, according to ACEA.