Hundreds of employees and top executives from some of the world’s biggest carmakers including Volkswagen, Daimler and BMW are set to gather in the Swiss city for the annual showcase of new models.
By : Bloomberg
| Updated on: 26 Feb 2020, 09:00 AM 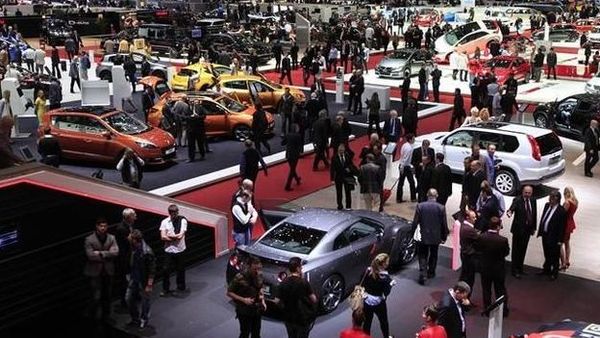 Organizers of the Geneva International Motor Show, which is scheduled to get underway next week, are pushing ahead with plans for the annual event even as the number of coronavirus cases rises in neighboring Italy, the worst-hit country in Europe.

Palexpo SA said Tuesday it’s asking exhibitors from at-risk areas to run “necessary checks" to avoid any spread of the virus. These include making sure staff have been free of any symptoms for 14 days prior to arriving in Switzerland.

The “adjustable" action plan relies on advice from local Swiss government medical advisers and involves increased cleaning and hygiene awareness, according to a statement. Catering areas, toilets, entrances and public touch screens will be regularly disinfected, the company said.

Hundreds of employees and top executives from some of the world’s biggest carmakers including Volkswagen AG, Daimler AG and BMW AG are set to gather in the Swiss city for the annual showcase of new models. While the epidemic originated in China, the world’s biggest auto market, it has since spread. Organizers of another major European trade fair, the Mobile World Congress in Barcelona, scrapped its own event that was scheduled for this week.

The biggest European outbreak of coronavirus is now centered in northern Italy, which has reported 283 cases and seven deaths. In response, local manufacturer Fiat Chrysler Automobiles NV, which is sending a delegation to Geneva, is limiting visits from some suppliers, contractors and other visitors to Fiat sites as a “precautionary" move, according to a letter seen by Bloomberg News.

Anyone who has been in China, elsewhere in Asia, or in one of 13 municipalities surrounding the northern Italian epicenter of Codogno in the 15 days prior to a scheduled visit will be denied access, it said.

Other countries with large car-making industries that have been hit by the virus include South Korea, which is the worst-affected nation after China, and Japan.