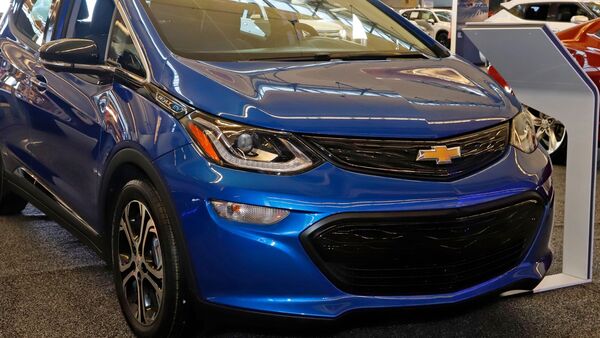 General Motors will resume production of its Chevrolet Bolt EV from April 4 this year at its M’s Orion Township, Michigan plant, which will otherwise remain idle until then, Detroit Free Press reported. Production of the electric model is set to begin after a long break as currently, the company is not making its Bolt EV due to the battery fire risk that the vehicles faces.

The report stated that the automaker will continue replacing battery packs on vehicles that were recalled following a series of fires. “Our unprecedented decision to idle Bolt EV and EUV production over the past months has enabled us to prioritize battery module replacements," GM's Dan Flores told the publication, adding, “As a result, we’ve made replacements available to Bolt EV owners who were in our high priority groups."

By stopping production of the Bolt EVs months ago, the carmaker allowed its battery partner LG Chem time to produce replacement batteries for vehicles that were recalled. The owners of these vehicles were asked to park their vehicles outdoors and not charge their vehicles to 100 percent.

Last year, GM issued a global recall of around 140,000 vehicles as the vehicles faced a fire risk. It called back all model year 2017-2022 Bolt EVs and EUVs as a result of an issue inside the battery. Supplier LG Chem has agreed to reimburse GM $1.9 billion in costs associated with the Bolt recall. The automaker will recognize the recovery in its third-quarter earnings report.

GM also rolled out a software update for the Bolt models that will limit battery charging in them to 80%, averting the risk of catching fire while being charged. The software update for Bolt EVs will also run diagnostics for battery vehicle to detect specific defects that might indicate a rare battery issue.