GM has confirmed a new EV making facility as well as a separate battery manufacturing unit, its third of four, in North America.General Motors plans to have the widest portfolio of EVs for any automaker in its efforts to wear the crown among rivals.
By : HT Auto Desk
| Updated on: 26 Jan 2022, 12:53 PM 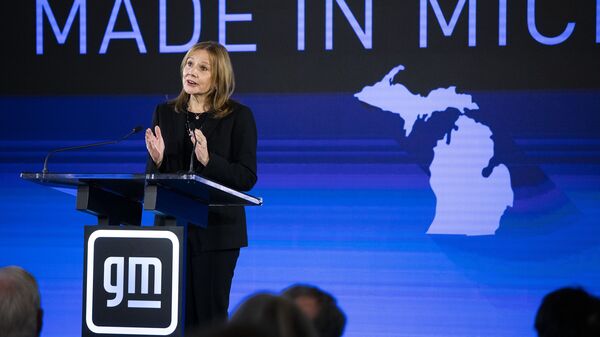 General Motors (GM) has been gunning for a larger space of play in the electric vehicle (EV) arena which is currently dominated by Tesla. In a massive forward step towards possibly snatching the crown, GM recently announced a record - and mammoth - investment of $7 billion in facilities in Michigan which would roll out EVs and battery.

The amount of $7 billion is a record single investment in the history of GM and goes to show the US company's faith in the present and future of battery-powered vehicles. “Today we are taking the next step in our continuous work to establish GM's EV leadership by making investments in our vertically integrated battery production in the US and our North American EV production capacity," said GM CEO Mary Barra. “We are building on the positive consumer response and reservations for our recent EV launches and debuts, including GMC Hummer EV, Cadillac Lyriq, Chevrolet Equinox EV, and Chevrolet Silverado EV."

GM plans to have the widest portfolio of EVs and is banking on this to take it to the pinnacle of EV space in the US by mid 2020s. But while products are obviously crucial, so is battery development and production.

GM has tied up with LG Energy Solution and its new battery plant is expected to start coming up in a few months form now. This and the separate facility for EV manufacturing are expected to hit the ground running in around two years' time. And while the EV plant in Orion will help the company build electric pick-up vehicles, the plant in Lansing will be responsible for battery production. The Lansing facility will be its fourth battery plant in North America with plans of adding a fourth at a later stage. The first three battery plants are being built in Lordstown, Ohio, and Spring Hill, Tennessee.