Fuel on fire: Will petrol and diesel prices hit a century?

Petrol and diesel prices have seen ten consecutive hikes in as many days.Sources have indicated that price hikes could continue till the end of June and a tax cut from governments appears unlikely.
By : HT Auto Desk
| Written By : Shubhodeep Chakravarty
| Updated on: 16 Jun 2020, 10:50 AM 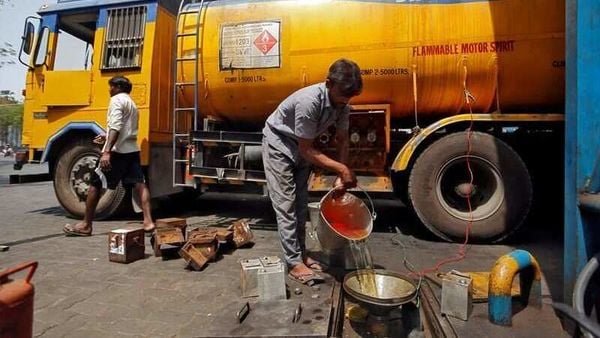 Petrol and diesel prices across India had remained unchanged between March 16 and June 6. This was also when the entire country - barring essential service providers - were at home with a national lockdown in place to check the spread of Covid-19. Almost around the same time that people began emerging from their homes after weeks of home confinement, they were hit with fuel price hikes that show no sign of curbing their upward trajectories. The question many are now, once again, wondering is whether fuel prices will finally hit the unwanted mark of ₹100 per litre.

Each time fuel prices are hiked substantially and there are successive hikes by relatively large margins, the question of whether these prices will enter the three-digit zone begins to do the rounds. Current times may warrant such queries because 10 straight hikes in as many days has already taken the price of a litre of petrol in Mumbai to ₹83.62. On Tuesday, the margin of hike was 47 paise per litre of petrol and 57 paise for each litre of diesel.

Fuel in Delhi may be the most affordable of the four major metros but there is no denying that commuters and the transport sector here are also facing the pinch. On June 6, a litre of petrol was ₹71.26 but in ten days since, it has shot up to ₹76.73 per litre. Diesel prices have gone up by around ₹6 per litre as well.

The peak, however, is yet to come.

Sources in public oil sector companies have already indicated that prices would continue to be raised daily till the end of June even if the quantum of hike comes down to about 30 to 40 paise per litre. If proven true, petrol could breach the ₹90 per litre mark. And it won't be an uncharted territory from hereon, especially in Maharashtra. In September of 2018, rising prices had catapulted petrol price to ₹90.05 per litre in the city of Parbhani, near Aurangabad. At the time too, speculations were rife that it would become the first city in India ever to see petrol price cross the unimaginable ₹100-per litre barrier.

At the time, protests were organised in various parts of the country and political bickering had made headlines. Several states would eventually cut back on taxes imposed on the two fuels.

With oil marketing companies looking at covering their entire gap of around ₹8 per litre on the two fuels and cash-strapped governments unlikely to provide any tax cuts this time around, a respite may not be around the corner. As for the three-digit mark, it remains every bit as unimaginable as it has always been but current trends predict that prices may come within touching distance.