Fuel consumption in India rises to 18% in June 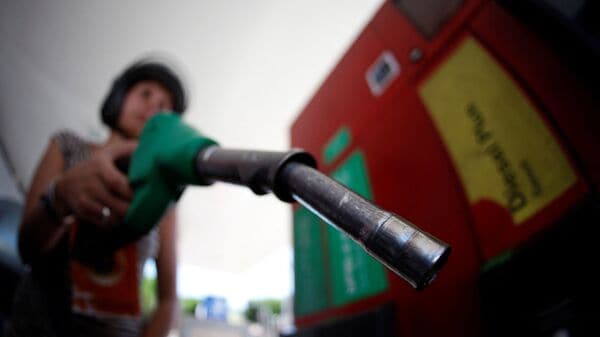 Consumption of petrol and petroleum products in the country in June jumped to 17.9 per cent year-on-year to 18.67 million tonnes, as per data from Petroleum Planning and Analysis Cell under the Ministry of Petroleum and Natural Gas. In the same period in 2021, the fuel intake was 15.84 million tonnes in the country.

The consumption of fuel also saw a rise on month-on-month basis, seeing a marginal uptick during the previous month. Among petroleum products that India consumes, there are naphtha, liquid petroleum gas, petroleum coke, aviation turbine fuel, diesel, petrol, lubricants, greases, and bitumen, among others. However, the majority of total consumption comes from diesel fuel.

Motor spirit or petrol consumption grew 23.2 per cent while consumption of diesel saw an uptick of 23.9 per cent. On the other hand, aviation turbine fuel saw an increase of 129.9%. During the same period last year, the country was under the restrictions imposed due to second wave of coronavirus, which had limited the demand for fuels to a great extent.

In a separate development, Union minister Nitin Gadkari, while addressing an event recently, said that green fuel will end the need for the use of petrol in vehicles in the country after five years. He strongly advocated the use of green hydrogen, ethonal and other green fuels.

While in the neighbouring Sri Lanka, amid extreme shortage of fuel and a crippling economic crisis, the country's Minister of Power and Energy, Kanchana Wijesekera introduced fuel-rationing system across petrol pumps in the country - a system in which tokens will be issued to consumers, allotting them a pre-defined quantity of petrol or diesel per week. With the assistance of the Sri Lankan army and police, token numbers would be given to the public to fill limited quantity of fuel.