The French government has guaranteed loans and leeway on bills to car companies PSA and Renault in order to cope up with the coronavirus fallout.
By : Reuters
| Updated on: 19 Mar 2020, 12:25 PM 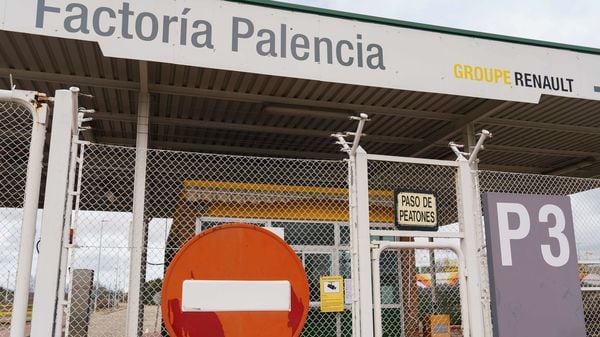 The Villamuriel Renault factory in Villamuriel, Palencia, after its closure in light of the novel coronavirus outbreak. File photo

The French government has told car makers PSA and Renault they are entitled to help such as guarantees on loans and leeway on bills as it seeks to help companies cope with the fallout from the coronavirus pandemic.

The auto industry worldwide has been hit hard by the health crisis, first as production stalled in China, where the virus originated, and now as it spreads in Europe, where some governments are ordering unprecedented lockdowns to contain it.

France outlined a series of measures this week to help businesses survive the crisis, including 300 billion euros ($325 billion) in government loan guarantees, and the deferral of taxes and payroll charges for those that need it.

Finance minister Bruno Le Maire held a call with PSA boss Carlos Tavares and Renault executives including Chairman Jean-Dominique Senard on Wednesday to discuss the car industry's prospects, and said they would be entitled to these measures too if needed, a ministry official said.

While many of the elements of France's coronavirus plan are aimed at small businesses in distress, following a major shutdown of non-essential activities and retailers, the government has also made clear it would help its big companies.

"The situation is extremely clear ... it is out of the question to see big French companies, industrial icons disappear," Le Maire told BFM Business radio, ahead of his meeting with the auto firms.

"If to protect our national industrial heritage, we have to resort to nationalisation, we are prepared to go that far," he added.

He did not mention any company by name.

A source close to Renault said there were no precise steps or plans discussed during the call with the finance minister, beyond going over the problems the sector is facing.

Peugeot owner PSA, which also produces the Opel and Vauxhall brands, said on Monday it would close it European factories until March 27, while Renault has suspended industrial activity in France and Spain until further notice.

Suppliers are struggling too.

Tyre maker Michelin has closed its factories in Spain, Italy and France for at least a week.

The coronavirus crisis has caught car makers at a fragile time, as many were already grappling with a slump in demand in big markets like China and strict new European emissions rules.

Renault, in which the French government has a 15% stake, had in February flagged an extra 2 billion euros in cost cuts over the next three years after posting its first loss in a decade.

PSA, in the midst of merging with Fiat Chrysler, fared better in its recent results, with profitability reaching a record high in 2019 as it focused on pricier models.

France's automotive industry federation said on Tuesday it had asked the government for a much broader support package than measures already announced to counter the effects of the crisis on car sales.

This could include state incentives to purchase electric cars and massive investment in recharging infrastructure, it said.