The TV commercial shows a car's body reflecting scenes of crowds, accidents, chimneys and cop cars before the vehicle melts into an e-bike.
By : HT Auto Desk
| Updated on: 08 Jul 2020, 10:56 AM 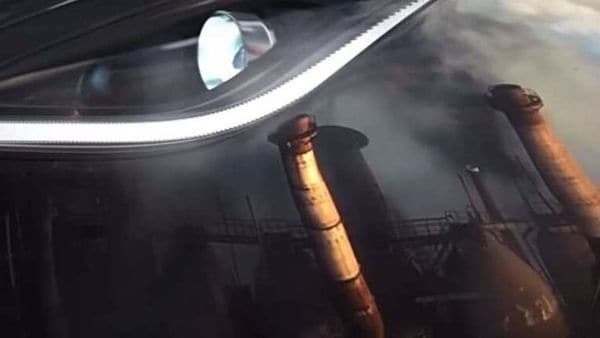 Screenshot from a commercial posted on Youtube by VanMoof.

A television commercial for Dutch e-bike maker VanMoof was recently banned by France after the country's ad regulatory body reportedly deemed it as discrediting the automobile sector. VanMoof has hit back by pointing out that car makers are given a free hand while the truth presented in its own commercial is being censored.

The commercial shows a car reflecting scenes of factories, chimneys, accidents, crowds, traffic snarls and of police vehicles on its exterior shell before melting into an e-bike from VanMoof. The commercial ends with a 'Time to ride the future' message. While it has hardly seemed controversial to many netizens, France's Autorité de Régulation Professionnelle de la Publicité (ARPP) had the contrasting opinion. Electek reported that ARPP sent a letter to VanMoof in which it said that some of the images presented in reflection of the car in the commercial are 'disproportionate and bring discredit on the whole sector of the automobile sector.'

Taco Carlier, founder of VanMoof, responded by hitting where it could hurt most. "It is amazing that car companies are allowed to cover up their environmental problems while censoring those who question this issue," he reportedly said. "In the commercial, cars reflect the rat race of the past, inviting viewers to rethink their modes of transportation in the city for a cleaner, greener future."

Interestingly, the same commercial has been aired in The Netherlands and Germany and has not raised any eyebrows. France's ad regulatory body though is being questioned for what many feel is a rather high-handed approach.