Home Auto News Formula One: Lewis Hamilton Denies Plans To Quit, Says His Best Is Yet To Come

Formula One: Lewis Hamilton denies plans to quit, says his best is yet to come

Lewis Hamilton, aiming for a record eighth Formula One championship title this season, says he is ready to bury the Abu Dhabi Grand Prix debacle and move on.
By : HT Auto Desk
| Updated on: 19 Feb 2022, 11:23 AM 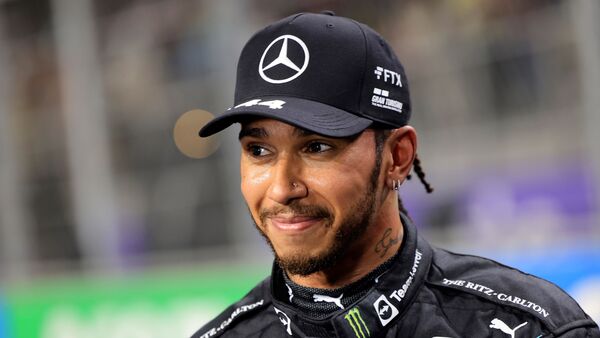 Seven-time Formula One world champion Lewis Hamilton is ready to renew his challenge to aim for a record eighth title this season with Mercedes-AMG Petronas. After the German Formula One team unveiled its new W13 E Performance racing car for the upcoming season, the British racing driver broke silence over the controversial last race of 2021 season.

“I don’t hold any grudges with anybody; I never think that’s ever a good thing to carry around with you. I moved forwards. I don’t dwell on the past. I feel centered and fully focused. I don’t have anything over my shoulders holding me back this year," Hamilton said.

Insisting he never considered quitting F1 in protest, Hamilton added, “Whilst moments like this might define careers, I refuse to let this define mine."

At the Abu Dhabi Grand Prix in December, the last Formula One race of 2021 season, Hamilton battled it out with eventual champion Max Verstappen from Honda Red Bull team for his record title. However, in a controversial turn of events, he lost to his rival just five laps away from equalling Michael Schumacher's F1 record of eight titles.

A last-minute decision from Michael Masi, former Formula One race director, allegedly changed the course of the race in favour of Verstappen. His decision to remove all lapped traffic between the title contenders on a restart after a crash with one lap remaining was contested by Mercedes. Verstappen, who had pitted for fresh tires just before that, went past Hamilton on old tires who had little chance to defend despite leading the race for most parts.

This year, Lewis Hamilton is ready to come back with equal vigour to reclaim his crown. “If you think what you saw at the end of the last year was my best, wait to see this year," Hamilton said.

Hamilton will be paired with fellow British driver George Russell this season. He has replaced Valtteri Bottas as the German Formula One team's second driver for 2022.