Ford's in-car pop-up ads derived from the roadside billboards would display phone numbers, addresses and hyperlinks to the advertisers' websites.
By : HT Auto Desk
| Updated on: 16 May 2021, 12:41 PM 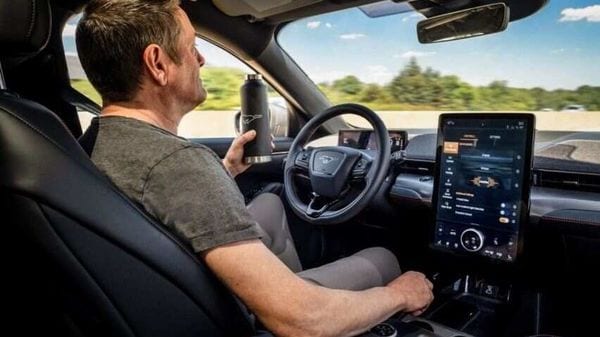 Interior of a Ford Mustang vehicle

Ford has filed a patent for displaying pop-up ads on vehicles' infotainment display. The 'Billboard interface for vehicle displays' patent is for a technology that allows a car to use its cameras to obtain images from billboards on roadsides and display information from it on the car's dashboard along with a hyperlink that one could follow.

A copy of the patent published on the United States Patent and Trademark Office website states that the patent was first filed in 2016 and has been published a few days ago.

The billboard ads do not provide passersby with much information and Ford's advertisement system aims to fill this gap. Its pop-up ads derived from the billboards will display phone numbers, hyperlinks to the advertisers website, addresses and also an option to redirect navigation to that place.

The published patent gives an example of a commercial of a nearby hotdog stand. The carmaker's new technology could read the billboard and send the hotdog stand's telephone number, address, images and apparently a special offer to the car's dashboard.

Though the advanced technology could be helpful in conveying detailed information about the billboard commercials and make it convenient for the passengers to access the service, it has also raised safety concerns. Advertisements are meant to attract the viewer's attention but this could prove to be a distraction for someone driving a car. Taking attention off the road for even a few seconds can be risky and even life-threatening.