Ford CEO Jim Farley said in an interview that the company observed that the demand for EVs is two to three times compared to what it had expected.
By : HT Auto Desk
| Updated on: 07 Dec 2021, 11:50 AM 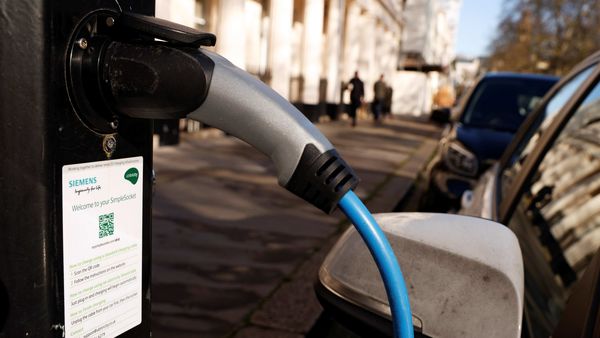 Ford has chalked out plans to double its production capacity of electric vehicles to six lakh per year by 2023, and it seems to be working on a new EV that will be based on an all-new full-size pickup platform. Details of this new electric vehicle have been kept under wraps, though one might guess if this EV will follow the lines of the F-150 Lightning electric pickup truck or Ford is onto something that is entirely new.

Ford’s chief executive officer Jim Farley stated in an interview with Automotive News that the company observed that the demand for EVs is two to three times compared to what it had expected. After noting the trend, the automaker doubled the capacity though it wanted to triple the numbers but refrained as it was not feasible. “Lightning, when we first got together we talked about volumes of 20,000 units a year. And I was like, no. So we capacitized something far north of 20,000, but it's nowhere near the 160,000 units of demand we have today. Our reservations are approaching 200,000 units now and we're moving those reservations to actual orders," he was quoted saying in a report by InsideEVs.

Ford is gearing up to start the series production of its E-Transit EV this month followed by the Ford F-150 Lightning sometime next year. The company is expecting that more than 80 per cent of the electric pickup truck's reservations will turn into orders as the Ford F-150 Lightning comes with features such as Pro Power Onboard that can provide electricity to a house if needed.

Farley also conveyed that since the launch of the electric truck, full-size trucks have become dearer. “So that price that we launched at is looking more and more attractive, so when people look at moving from a reservation to an order, I think it's going to be extremely high — north of Bronco's," he said.

Ford's plans for achieving its electrification goals seem to be in line with the automaker's vision as it is also planning to establish three new battery gigafactories. It has also earlier stated that it aims to make 40 per cent of its sales all-electric by 2030.